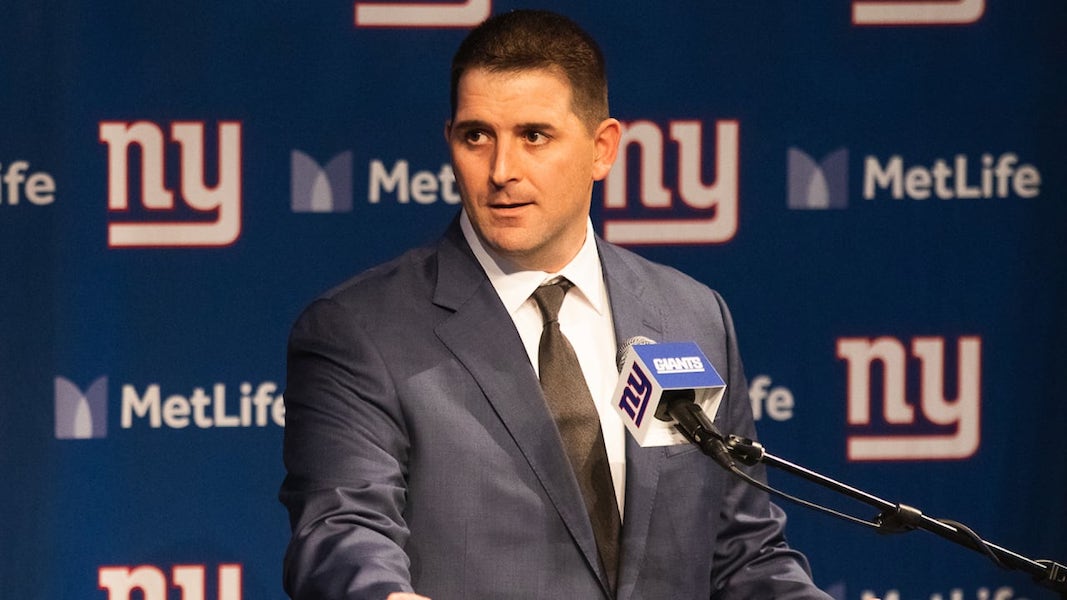 The Joe Judge era started for my beloved New York Football Giants today.  In an honest moment, I would tell you that the team I’ve loved for as long as I can remember has been hard to love for longer than I care to admit.

After we fired Tom Coughlin, we hired Ben McAdoo.  The highlight of Ben McAdoo’s press conference was a suit that was two sizes too big.  Coach McAdoo lost the locker room after a disappointing 1st round playoff loss, that had been overshadowed by a boat trip starring Odell Beckham Jr and OBJ.  He had tried to remake Eli.  He failed.  Adios.

Enter Dave Gettleman.  Gettleman’s marching orders were clear.  Build around Eli.  The GOAT deserved the opportunity to go out on his own terms.  Gettleman’s choice to sit at the helm of our proud franchise?  Pat Shurmur.  A quarterback whisperer whose introductory press conference featured a power outage, a fitting microcosm of Shurmur’s tenure. The Gmen failed to execute on the field, stumbling to a 9-23 record, while Shurmur’s in-game strategy served as proof that the lights never came on after that press conference.

Enter Joe Judge, the virtually unknown Special Teams Coordinator of the New England Patriots.  Who? From Where?  How?  To a fan base aching for something root to for, hiring a relative unknown instead of making the big splash that a sexy name would generate, seemed like a disappointment.

As I listened to the introductory press conference foe the 19th Head Coach in Giants history, a smile came to my lips.  I had never heard of Joe Judge until two weeks ago.  As I listened to him talk, I realized I’ve known him for as long as I’ve known The New York Football Giants.

His message, as his presence, is undeniably strong.  We will be tough.  We will be disciplined.  If you’ve watched the Giants play over the past five seasons, I don’t have to tell you that mental errors, and a lack of discipline were the stamp we seemed to place on every game.

What makes me believe this guy? I know from where he came. Judge is a disciple of Bill Belichick, the New York Giants prodigal son.  Belichick’s mantra while building a 20-year dynasty in New England that we not so secretly wish had been ours? Do. Your. Job.  Do not beat yourself.  Focus on your responsibility. The person next to you will do the same.  The person next to him will also do the same.  A simple concept that lead to the most successful run in the history of professional sport.  And the new Judge in town? He’s had a front seat for all of it.  He’s lived it.  He believes in it.  Captain Belichick?  He believes in Judge too.

Pundits already point to Judge’s lack of Head Coach experience.  It would be easy for me to say that every great coach has started somewhere.  While that’s an undeniable fact, not every coach owns a room with the confidence with which our new coach owned his introductory press conference.  Unlike his two predecessors, Judge displayed an undeniable confidence.  He spoke of hiring good men.  Men capable of teaching the fundamentals, the building blocks of success in the NFL.  He spoke of a responsibility to his players. To be able to best determine their learning style, invest the time to coach them that way, and reward those who demonstrate ability with an opportunity to play. Sounds like a coach to me.

Belichick’s Patriots are known for maximizing the talent of their players.  Coach Judge spoke passionately about focusing on what a player can do, as opposed to what they cannot, about giving players the opportunity to contribute by capitalizing on their strengths rather than their shortcomings.

As I listened, I realized, Joe Judge is the type of boss I would want to work for. My favorite bosses have encouraged me to utilize my strengths to do my job in the most effective way possible, identified areas of growth, developed core competencies that would allow me to achieve greatness in my role, and then watched me flourish.  That’s what Joe Judge wants to do.  That’s what he needs to, for a franchise who had rookies play the second highest number of snaps in 2019, and for a fan base who has lost faith in their colors.

The brand of football Joe Judge champions is familiar too.  The tough, disciplined, hard-nosed, punch-in-the-mouth style he calls for?  It’s that of the days of yore, brought to us in 1983 by a Defensive Coordinator turned Head Coach that began his career as a Linebackers Coach for the New England Patriots. Coach Judge not only shares that coach’s pedigree, but is also known for a similar meticulous attention to detail that Bill Parcells used to restore Giants Pride, and win Super Bowl’s XXI, and XXV.  Along the way Parcells discovered and mentored Bill Belichick, who in-turn has discovered and mentored Joe Judge.  Welcome Home Coach, those who BleedBigBlue are excited to watch you lead The New York Football Giants back to the glory we so fondly remember.