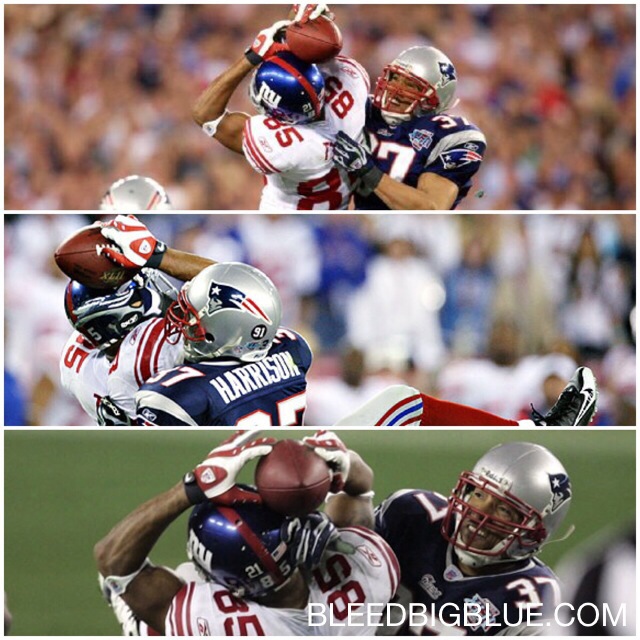 As voted buy Giants Nation, this weeks Throw Back Thursday (#TBT) is David Tyree’s legendary “The Catch” or also named “The Helmet Catch” from the 2008’s Super Bowl XLII. This help propel the New York Giants over the Undefeated New England Patriots, 17-14. NFL.com Ranked “The Catch” as the #2 Play of the 2000’s only behind the infamous Tuck Rule.

Manning called the play On third-and-5 from the Giants’ 44-yard line, Manning in the shotgun formation faces pressure from the Patriots Richard Seymour, Jarvis Green, and Adalius Thomas. being grabbed, hit and almost pulled down Manning was able to stay on his feet and scramble free to the 34-yard line, and heaves a ball down field to a rushing Tyree down field.

The catch gained 32 yards and gave the Giants a 1st down with 58 seconds remaining. Four plays later, Eli Manning hits a wide open Plaxico Burress for a touchdown that would seal the game for the Giants, 17–14. (I’ll save the Eli to Plax for another #TBT). David Tyree had an unforgettable moment on the biggest stage.