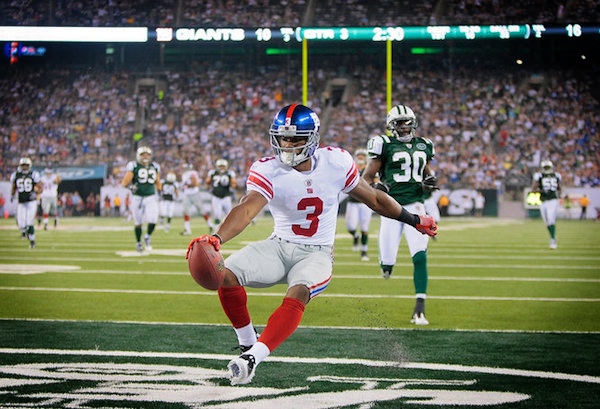 It was an uneasy time. This was before #80 jersey, this was even before the salsa dance. The Giants searched for wide revivers after Steve Smith left town, hoping one would breakout!

“You never go into a game thinking you’re going to have three touchdowns,” Cruz said. “But I just want to work hard, and have worked hard all camp. I just wanted to come in and show what I could do on the main stage.”

“It’s never going to escape me,” Cruz said, Every time we play them in the preseason, the regular season, it can’t I guess (go away). There’s always a spot there for me of memories and the game that I had against them my rookie season. That never goes away. That feeling is always there. And I’m sure the Jets organization — they know it’s there. So it’s always going to be nostalgic for me to go play them again.”

The New York Giants face the New York Jets this Friday night in their second-to-last preseason. (Tickets still available starting @ $47.)  Cruz is anxious to get this new offense running on all cylinders, and hopes to rekindle old preseasons spark.

“I think every game as of this point is a showcase for us,” Cruz said. “We have to give a better showing here than we did in the early part of this [last game] . . . There is definitely a sense of urgency for us to get better.”