Any Interest In Richie Incognito 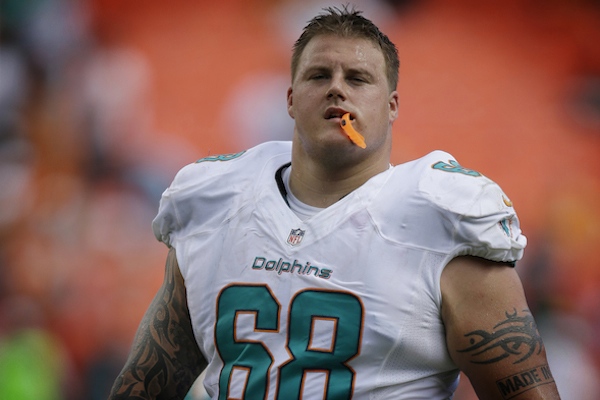 Any Interest In Richie Incognito?

After an injury to Giants lineman Geoff Schwartz, Big Blue takes another hit to an unproven and retooled offensive line. Schwartz was carted off during Friday night’s preseason game against the Jets with a dislocated toe. The extent of the injury is still being investigated.

Reports today have Schwartz out 7-10 days and then they will reassess his progress. Overall close call but, it does show that our O-Line may benefit from new faces.

Incognito, a Pro Bowl guard for the 2012 season, was a main player in the Miami Dolphins bullying scandal last season. On December 16, the NFL and the Dolphins announced that Incognito would remain suspended for the remainder of the season.

Now a free agent the lineman is in search of an NFL team and hopefully rebuild his image. In an interview with Jay Glazer last year, Incognito wanted to make a few points clear.

I’m not a racist. And to judge me by that one word is wrong. In no way shape or form is it ever acceptable for me to use that word even if it’s friend to friend on a voicemail. I regret that.
…

My actions were coming from a place of love. No matter how bad and how vulgar it sounds, that’s how we communicate, that’s how our friendship was, and those are the facts and that’s what I’m accountable for.

Incognito visited with the Tampa Bay Buccaneers on Monday.

“I’m going on the facts right now. The facts are we’re bringing him in for a visit. So, guys, there’s nothing else for me to talk about or tell you from there. We evaluate all prospects. He’s a prospect and we’re looking at him,” Tampa Bay Coach Lovie Smith said.

With a thin O-Line and Incognito still available does Jerry Resse show any interest in Richie Incognito?