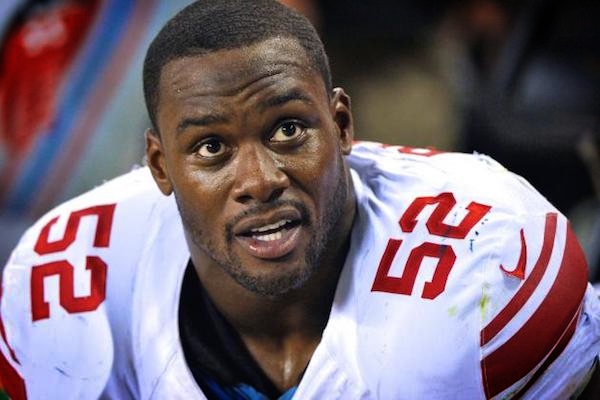 Starting middle linebacker Jon Beason remains on schedule for the season opener against the Detroit Lions. Currently Beason is on the physically-unable-to-perform list (PUP List) recovering from a fracture of the sesamoid bone in his right foot and a ligament tear.

“I feel like I’m really close, but I have to go out and do it and I want to test it. That’s going to confirm it for me,” Beason said. “I feel pretty good. We’re just going through the progression. Today should be pretty aggressive.”

Beason hasn’t practiced with the team since the injury, but has been rehabbing on his own efforts. He has always maintained a season opener return since injuring the foot on June 12th. He has even flirted with the idea of returning for a preseason game.

“Going into it, to have the opportunity to play in the last few preseason games was really the goal,” he said. “Whether you do or you don’t, because that is not my decision, they might say ‘hey, it’s not worth risking it to go out and play against the Jets or the Patriots,’ but you have the opportunity and that is great.”

Its unlikely than Beason will see any preseason time as The Giants training staff do not want to rush a return and risk re-injuring his foot during the last preseason game.

“I don’t know if I need the practice. It’s good to kind of spin the wheels a little bit, get out there and oiled up. I would love to have a full training camp and four dress rehearsals, or five dress rehearsals, but unfortunately that’s not going to be the case,” Beason said. “Either way, I expect to go out and be myself and play well and help my team win.”

Giants 1st Team Offense is Scary, and Not in a Good Way.