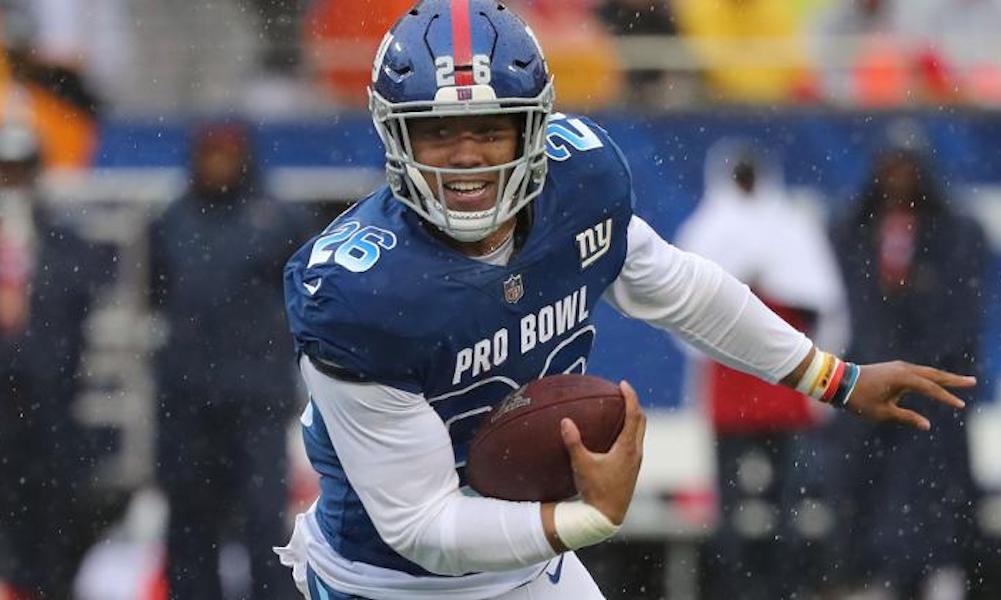 With the Super Bowl now just days away we draw closer to the end of the 2019 season. We had major things happen this year both during the regular season and the pre-season. We had some exciting additions and unfortunately some “tragic” loses. Our season has been over for the last few weeks, but over the past weekend we got to have some fun. Four of our players (Saquon Barkley, Aldrich Rosas, Olivier Vernon, and Michael Thomas) made the cut and were invited to the Pro Bowl. Let’s breakdown their regular season performances.

Per usual, the game was entertaining but overall lacked luster (we know no one is trying to get hurt). We got to see some fun plays by Barkley on defense and the subsequent laterals that ensued.

With the offseason quickly approaching, many Giants fans have a slew of questions racing through their heads:

Do we keep Eli?

Do we draft a quarterback in the first round as an immediate starter or possibly to sit behind Eli?

Do we invest in an offensive line and give Eli another year?

At this point only time will tell. With Dave Gettlemen being ever difficult to read, a head coach who claims he wants the team to come back “as is”, and owners who aren’t very outspoken we will have to be patient and see what information comes out of the offseason ahead of the draft.

The talking heads in the media don’t quite know what’s going to happen with this upcoming draft either. We have experts claiming that this is a weak Quarterback draft class while others now claim it’s strong with Dwayne Haskins and Kyle Murray who recently declared. With the 6thoverall pick comes some concerns as well. Will there be a quarterback available at that spot or will we have to trade up and forfeit some draft capitol? These are questions that you can be sure are going through the minds of the Giants’ front office.

In the meantime, we’ve got one game remaining in this 2019 season. The LA Rams vs. the NE Patriots. What will be the outcome? Who do you want to win? Let us know in the comments below. Also, what do you want the future of the Giants to be? Who do you want under center next year?