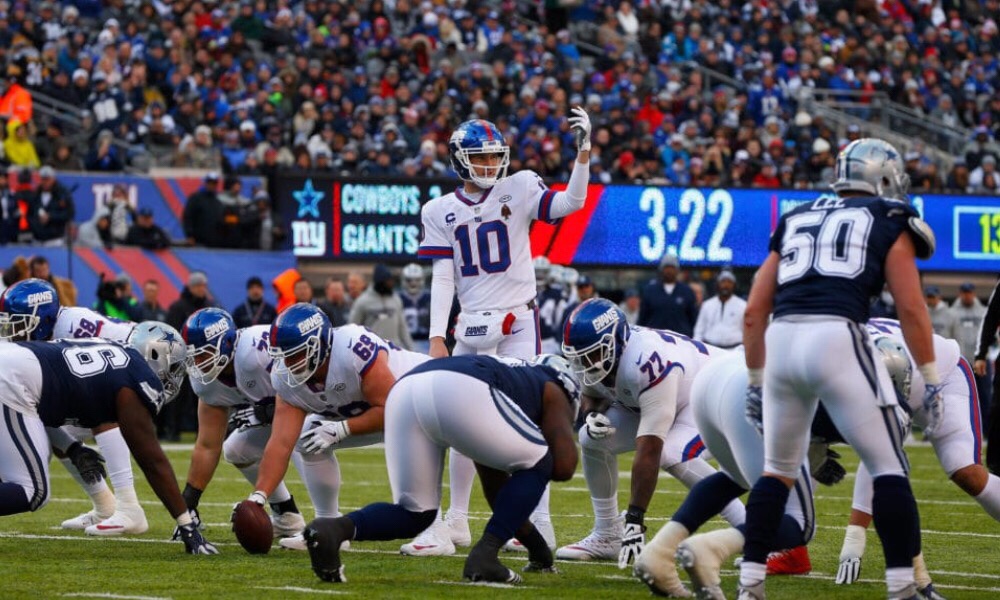 The New York Giants resume their historic rivalry against The Dallas Cowboys this Sunday night. Both teams are searching for their first win of the season, as they hope to avoid and 0-2 start. While the majority of fans believe that this Sunday match-up will pack Jerry World, both teams secondary markets ticket sales have dipped.

According to Tiqiq’s latest number crunch, the secondary ticket market sales for The Cowboys has droppped 36%, and the Giants 9% from last years numbers.

Fans who are anxious to get to a game, might have the opportunity to save some cash, as compared to years prior. The average ticket cost for tomorrow is $290, but there are plenty of affordable options under $100.

It wouldn’t surprise me if we notice a sea of Giants fans at AT&T Stadium for this Sunday Night match up!