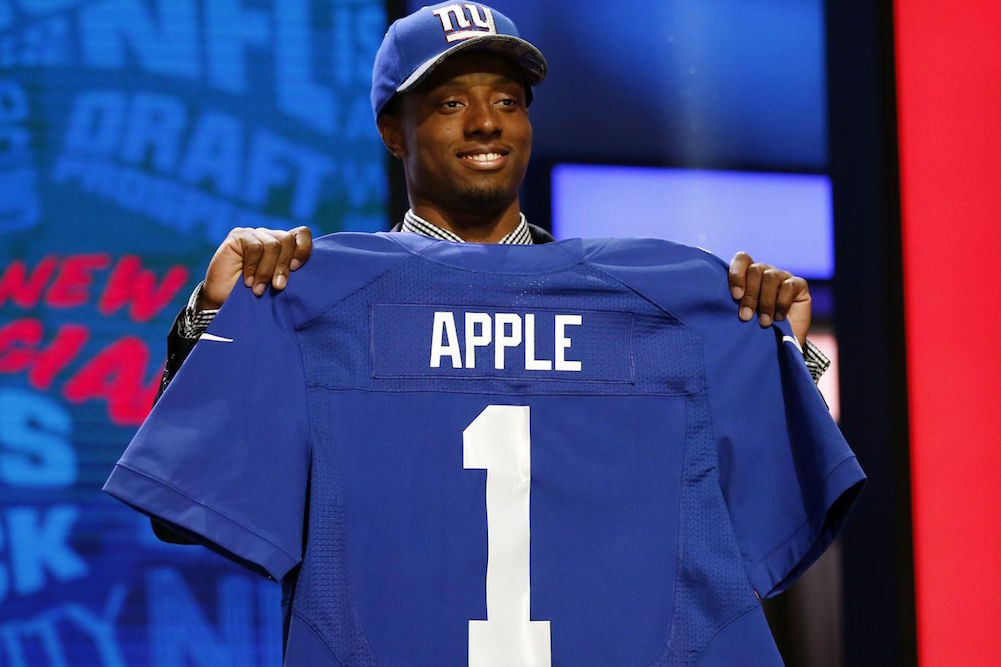 While it may not be who Giants fans expected, we still took a young, talented player who will be a day one starter.

Most of the criticism comes because fans feel that the Giants have drafted him too early and possibly a trade down would have been warranted.

Having both Tennessee and Chicago trading  up to steal our potential pics (OL Jack Conklin, & LB Leonard Floyd) has also added some fuel to the fire.

Eli Apple may be the main beneficiary of a cornerback class lacking a lot of size at the top end. He displays the ability to play man coverage extremely well, and has the size and speed profile NFL teams are looking for, but he has never earned PFF grades that match the best cover corners in this class, and has enough flaws in his game that he is not a surefire top pick. He’ll likely be drafted higher than his play suggests he should be, but the potential to become an excellent corner at the next level is definitely there.

Let’s all welcome Eli to Big Blue and hope he becomes a shutdown corner of our future.