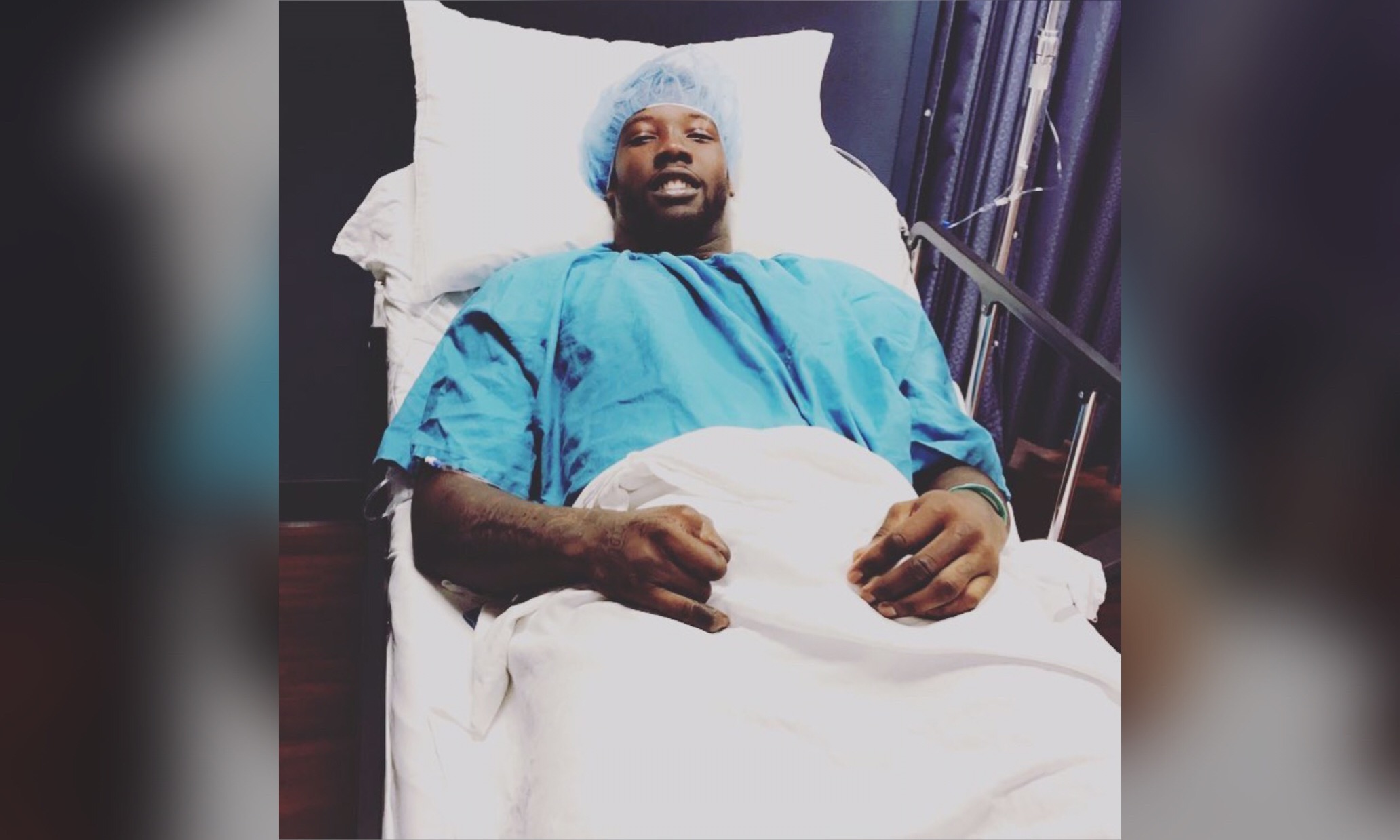 Jason Pierre-Paul goes under the knife.

After a second medical opinion Jason Pierre-Paul goes under the knife, and is hopeful for a playoff return as reported by NFL.com.

The Pro Bowl pass rusher, who is having a resurgent season with the Giants, posted a picture of himself from the hospital early Wednesday morning. According to NFL Network Insider Ian Rapoport, Pierre-Paul opted for surgery after a visit to core-muscle specialist Dr. William Meyers and will be out at least six weeks. Pierre-Paul injured a core muscle in a loss to the Pittsburgh Steelers last week.

The Giants have 3 DEs that will see more time with JPP’s injury. Kerry Wynn, Owa Odighizuwa, and  Romeo Okwara will all look to contribute.

JPP was playing at a high level the week prior, being named NFC Defensive Player of the Week. Let’s hope for a speedy recovery and playoff return.