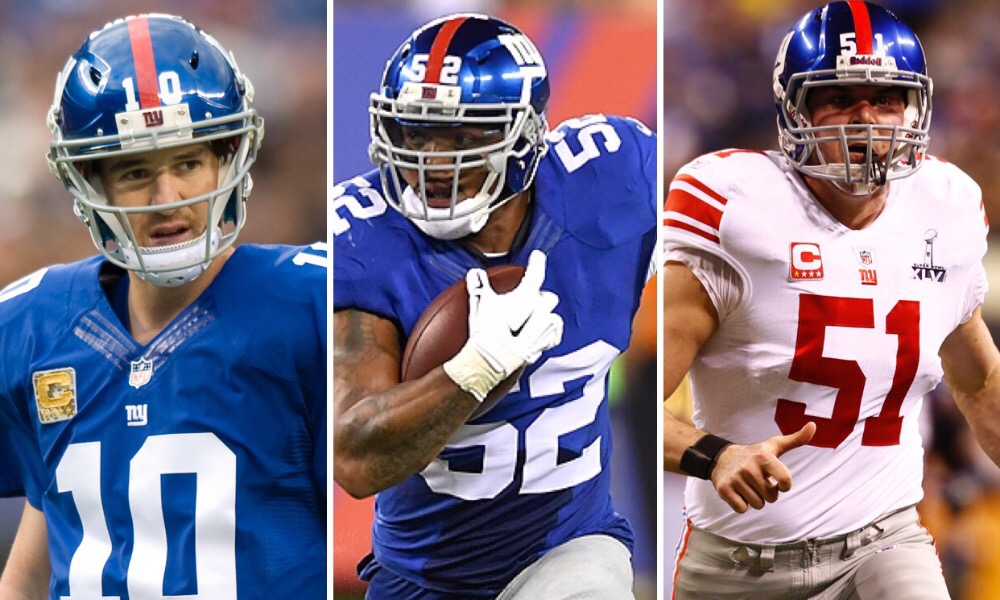 In an interview this week head coach Ben  McAdoo alerted Giants fans on who will be honored as season captains for the 2016/2017 season.

Link to the Ben McAdoo interview.

Q: Are you going to have season captains or weekly captains?

McAdoo: “We’re going to have both. We voted on team captains for offense, defense and special teams. Then we’ll have three captains each week to go out there with them. We’ll have six total.”
Q: Can you say who the season-long captains are?
McAdoo: “Yes, we announced it to the team: Eli (Manning), Zak (DeOssie) and J.C. (Jonathan Casillas).”

Best of luck to the three captains, Ben McAdoo, and the New York Giants this year!