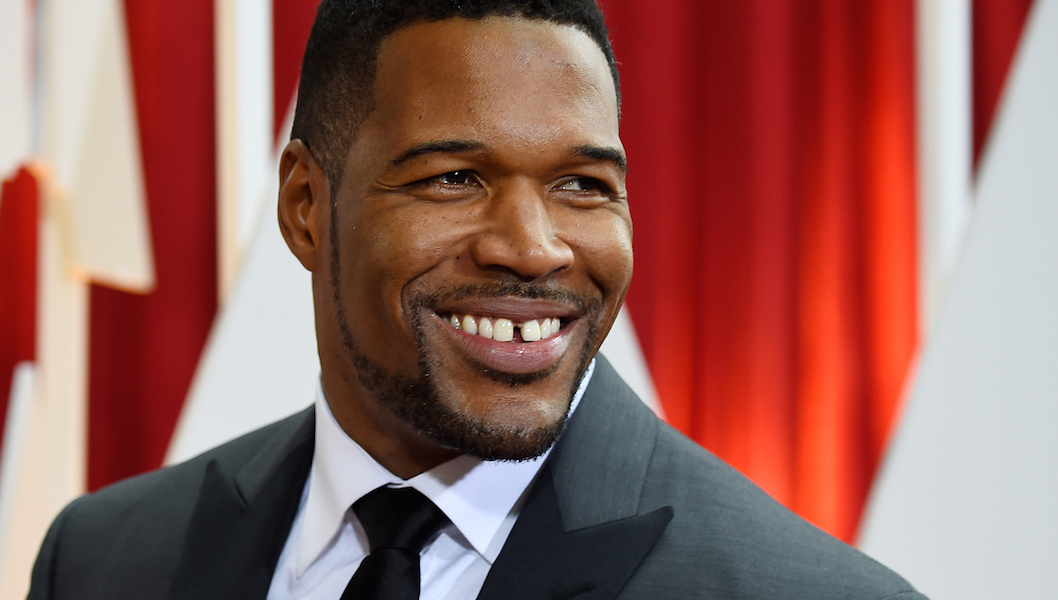 Add game show host to Michael Strahan’s resume. This Summer ABC will premiere a reboot of the classic game show $100,000 Pyramid as reported by Vulture.com

ABC and producer Sony Pictures Television are reviving The $100,000 Pyramid, bringing back the iconic 1970s and ’80s game show as a weekly prime-time series. Vulture has learned that former NFL superstar Michael Strahan (Live! With Kelly and Michael) will serve as host of the reincarnated classic, which is expected to get a ten-episode run on ABC this summer. Strahan steps into the shoes of late broadcasting legend Dick Clark, who hosted most incarnations of Pyramid during its peak (from 1973 until 1978).

Best of luck to Mr. Strahan, also on a side note to free agents, ask Michael Strahan about the opportunities after playing in New York.