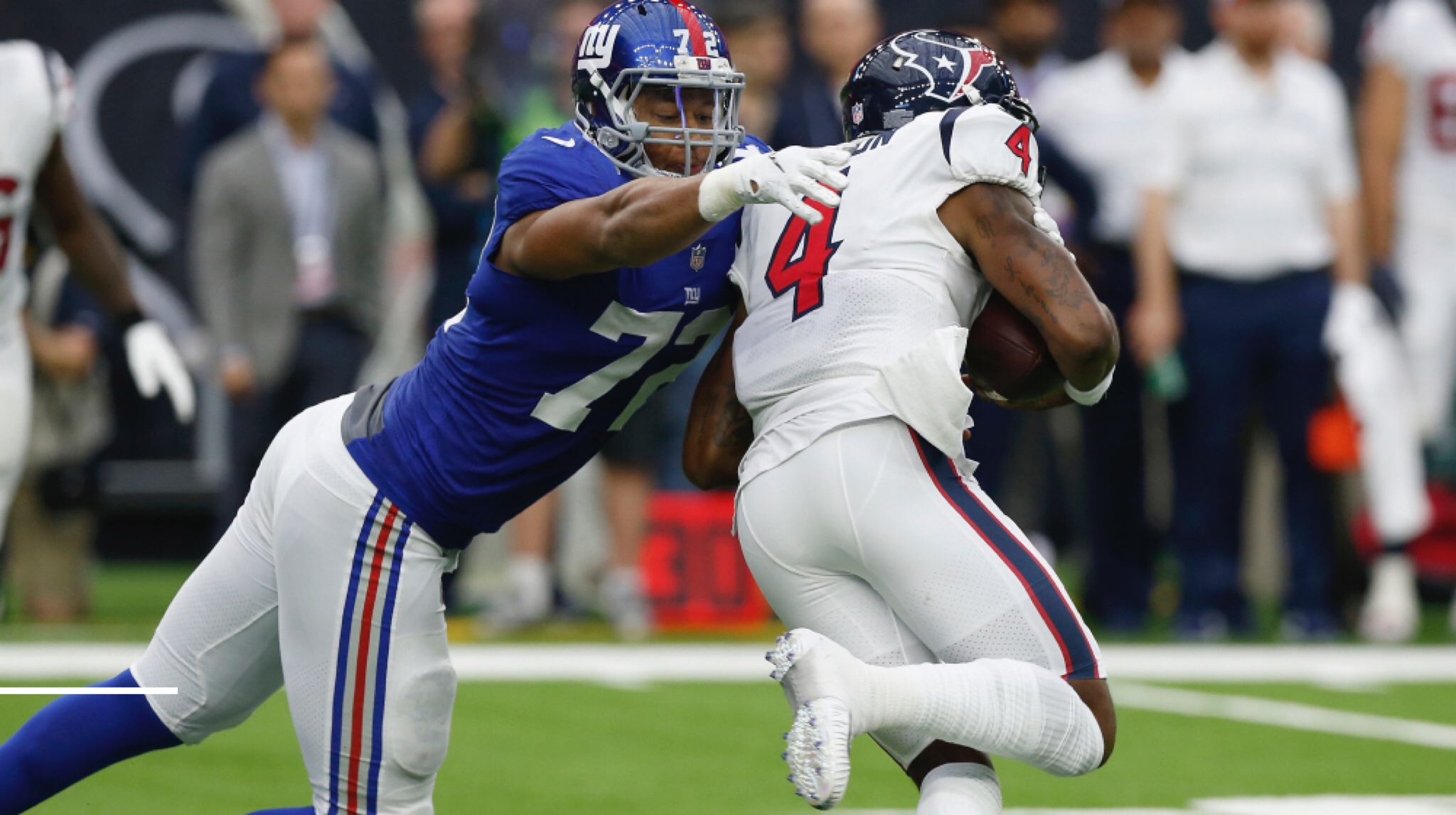 The team has just come off a week 3 upset against the Houston Texans. Giants defeated Houston 27-22. This was Pat Shurmur’s first win as Giants head coach. Eli Manning threw for 297 yards including 2 touchdown passes, while Saquon Barkley added 82 yards on the ground with a touchdown.

This week the Giants moved the ball down field much more effectively and got a boost from the often criticized offensive line. Erek Flowers was replaced by Chad Wheeler at right tackle. Going forward this could be a permanent change, leaving Flowers as a backup.

Evan Engram left the game in the second quarter with a knee injury. Antonio Hamilton and Rex Burkhead also left the game with injuries.

Next week the Giants host the New Orleans Saints who are coming off an impressive win against the Falcons. The Giants should be able to take advantage of New Orleans weak secondary. The saints average 421 total yards given up per game which ranks 30th out of 32 team. Look for this to be a high scoring game with each quarterback with at least 2 touchdown passes.

The Saints will come in with a record of 2-1 while the Giants are 1-2. Drew Brees is coming off a season high game of throwing for 396 yards with three touchdowns in a 43-37 thriller in Atlanta. You can bet New York’s defensive backs will have their work cut out for them when facing such a high powered offense.

Eli Manning got back to the Eli Giants fans are custom to seeing.. He was given enough time in the pocket to find his receivers for productive yardage, with Beckham and Shepherd getting most of the touches. Odell had a big day racking up 109 yards but no touchdowns this week. Shepard stepped up in a big way with two touchdowns to spread out the offense a bit more. But most importantly this week was all about the offensive line of big blue. They played a big role in shutting down what can be known as an explosive defensive front of Houston. JJ Watt and Jadeveon Clowney. Are the two names you think of when facing Houston’s defense.

Overall I would give our offensive line a B. Give credit where credit is due. Looking on to week 4 the offensive line will have to duplicate itself the way they played this week for the team to have success moving forward.

“Some New York Giants Post Victory Notes ” was written by Guest blogger Dan Berman Please leave feedback in the comment field below, I would love to know what you think.