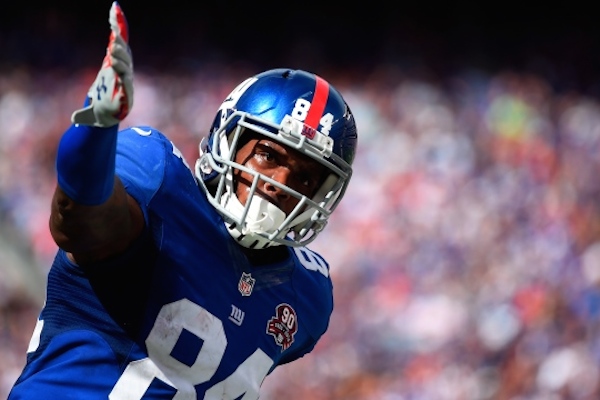 The Good The Bad And The Ugly NY Giants

After an unimpressive season opening performance where he threw two interceptions, it seemed as if Eli Manning picked up right where he left off from his nightmarish 2013 campaign where he threw an NFL high 27 interceptions. However, this was not the case. He looked very sharp, releasing the ball quickly and putting the ball in perfect position for the receivers to make a play. He completed 67% of his passes, a tremendous improvement from the 55% of passes last week. He threw for 277 yards and 2 touchdowns. On the first touchdown, he lofted a picture-perfect fade to Reuben Randle in the corner of the end zone, who made a tremendous one-handed grab. On the second, Manning had time in the pocket to go through his progressions and find tight end Daniel Fells wide open. Throughout the game, he did a great job of reading the defense and finding the open receiver without forcing throws. Although he did throw two interceptions, the Giants found rhythm in the passing game that was expected when offensive coordinator Ben McAdoo came to New York. Eli Manning and the entire offense did make steps towards becoming the high-powered, quick-hitting offense that was promised, and it seems that they are not very far from fully clicking offensively.

Coming off of a strong opener where he gained 56 yards and a touchdown, Donnell followed up with a strong game where he caught 7 passes for 81 yards, and has continued to develop chemistry with quarterback Eli Manning. He repeatedly went to Donnell on third downs and completed 88% of passes thrown Donnell’s way. Donnell has shown leaping ability and the propensity to catch over the defenders, as he demonstrated on his touchdown reception in the season opener. He is quickly becoming Manning’s security blanket and favorite target. At 6 foot 6, Donnell has a huge ceiling with huge room to improve and could become a top-tier tight end with sustained consistency.

After a disastrous performance in week one where the secondary allowed 341 passing yards to Detroit, the defense only allowed 142 passing yards. Although backup quarterback Drew Stanton was playing in his first game in four years, the secondary was able to contain the offensive weapons of the Cardinals, Larry Fitzgerald and Michael Floyd. The Cardinals only averaged 4.3 yards per pass as well as limited the Cardinals offense to 38% third down efficiency, a vast improvement from the 67% third down efficiency against Detroit. The defense looked like was in better sync and is starting to gel. The secondary, even with the loss of Walter Thurmond III for the season with a torn pectoral, played much better and will continue to improve.

Although it sounds like a broken record, the Giants once again beat themselves with turnovers. With four coming in the defeat, the Giants lead the NFL with six turnovers on the season. After regaining the lead and all of the momentum in the third quarter, the special teams allowed a 71-yard Ted Ginn punt return touchdown as the Cardinals regained the lead. At this point, they needed to regroup. However, on the ensuing kickoff Quentin Demps lost a fumble and led to a Cardinals field goal. Later, still a one-possession game, the Giants were driving down the field methodically. Manning then flipped the ball to halfback Rashad Jennings, who then slipped and lost the fumble without even being touched by a defender. The sure handed Jennings had not fumbled all of last season, but this one was an absolute devastator. The turnovers were the most prominent reason why the Giants lost the game. Committing four turnovers per game is unacceptable, and has to change if the Giants are to beat the undefeated Texans next week.

Last season, a major problem the Giants faced was their failure on punt coverage as well as lack of kick return yardage. They attempted to fix these over the offseason by signing perennial special teamers Zach Bowman and Quentin Demps to strengthen the position. However, on Sunday, the special teams mightily struggled. The Giants allowed a 71-yard Ted Ginn punt return touchdown, and on the subsequent kickoff Demps lost a fumble deep in the Giants’ zone. Special teams have to improve and at least, not turnover the ball. Allowing a long touchdown and committing a turnover is unacceptable for a special teams group. Improvements have to be made in this area from the dreadful performance on Sunday.

Along with the loss, the Giants lost three key players to long-term or potentially long-term injuries. Slot cornerback Walter Thurmond III, signed from Seattle’s vaunted secondary, tore his pectoral muscle and was placed on injured reserve. Thurmond was commonly known as a top slot corner and the in the NFL and the injury now puts pressure on cornerback Trumaine McBride to step up. Also, wide receiver Jerrel Jernigan, who flashed potential at the end of last season, was placed on season-ending injured reserve with a mid-foot strain that will require surgery. With the Giants already thin at receiver with Odell Beckham Jr. out since training camp, players such as Corey Washington and Preston Parker will have to step up. Finally, middle linebacker and team captain Jon Beason reinjured his toe that held him out of all of the preseason. This injury is not confirmed to be season ending or even long-term, but people in the organization believe it to be serious. These injuries are huge blows to the team, and it will take a great team effort to overcome.