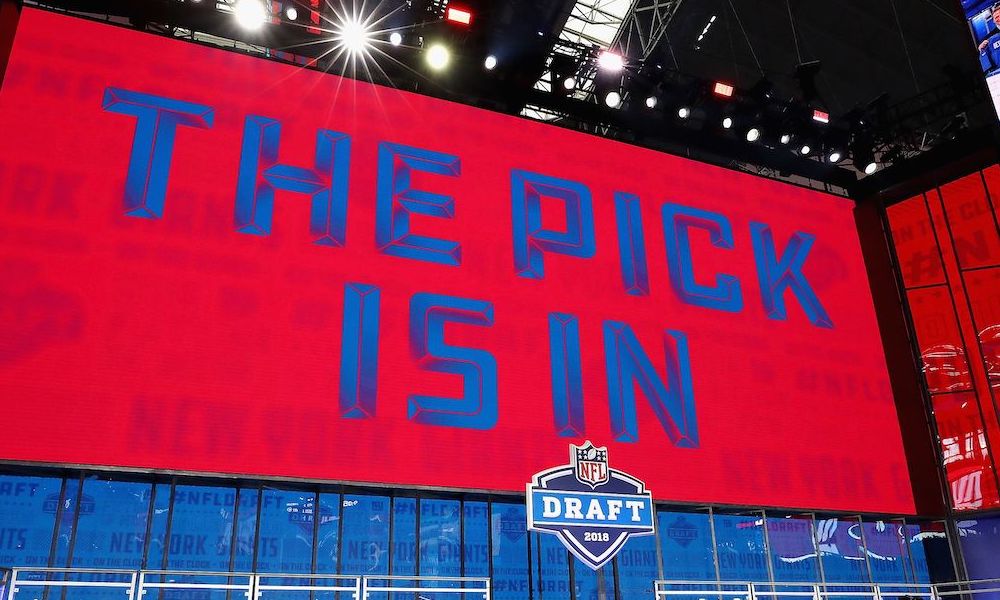 Barring trades, the Giants will pick 6th overall in the 2019 NFL Draft. Coming off a 5-11 season which saw them finish with the 13th-most efficient offense, 24th-most efficient defense, and a -43 point differential (fifth-worst in the NFC), there are a number of holes that need to be filled.

Which one will GM Dave Gettleman fill first?

Quarterback is the biggest need

Eli Manning turned 38 last week and he wasn’t good when he was 37. Manning finished the 2018 season with a 92.4 passer rating, which was 21st in the league and below all of Ryan Tannehill, Derek Carr, and Mitchell Trubisky.

Concerningly, his 2018 performance was actually a huge improvement over his 2017 season (80.4 passer rating).

There are few left in Big Blue Nation that don’t consider QB the biggest area of need this offseason; there’s no reason that an offense with Saquon Barkley, Odell Beckham Jr, Evan Engram, and Sterling Shepard should be 16th in PPG.

The orchestra needs a new maestro and Gettleman knows it.

Problem is, the young maestros available in the 2019 draft don’t know how to handle their batons very well. Justin Herbert’s decision to return to Oregon took away the best QB prospect from a thin crop.

There is one light shining in this dank, dark quarterback tunnel, however.

When Ohio State’s Dwayne Haskins declared for the draft, he immediately became the best QB prospect available – and he’s the only pivot with an outside shot at being the #1 overall pick according to SportsBettingDime.com.

But that brings us to problem #2; the Giants are picking behind the Raiders and Buccaneers, two teams that may be in the market for a new QB. When you factor in the frequency with which teams trade-up for quarterbacks, and then realize that the Jaguars (no. 7), Broncos (no. 10), and Dolphins (no. 13) wouldn’t have to move up very far to leapfrog the Giants, the potential for Haskins to be gone before the Giants are on the clock is pretty high.

If Haskins is available at no. 6, or if the Giants move up themselves, there’s a good chance Gettleman makes him the QB of the future. If Haskins is gone, it’s more likely that Gettleman waits on a QB, because the secondary QB prospects are not worth anything close to the 6th-overall pick.

If the Giants Pass on a QB, Expect an Edge Rusher

The team finished 20th in pass rushing according to Pro Football Focus and wound-up second-last in the NFL in sacks last year with just 30. No one on the team had more than Olivier Vernon’s 7.0, meaning no one on the team ranked in the top 30 in the league for sacks.

Vernon’s salary far outweighs his impact on the field (he’s never had more than 8.5 sacks with New York) and the Giants may cut him, eating $8 million in dead cap.

Either way, they need to get more pressure on opposing QBs, and this draft is stacked with edge rushers.

Some will argue that offensive line is a bigger need, but the reality is that both are huge concerns and the edge rushers available at no. 6 will likely be better than the offensive linemen. That’s especially true if Jonah Williams (OT, Alabama) goes in the top five. No other offensive lineman is a sure-fire first-rounder.

Nick Bosa will be gone in the top-three, barring an injury between now and the draft, and there’s little chance Allen drops to no. 6. But Ferrell and Gary could both potentially be available and would be immediate improvements to the NYG front-seven.

How do you think the Giants should use the 6th-overall pick? Let us know in the comment section, below.