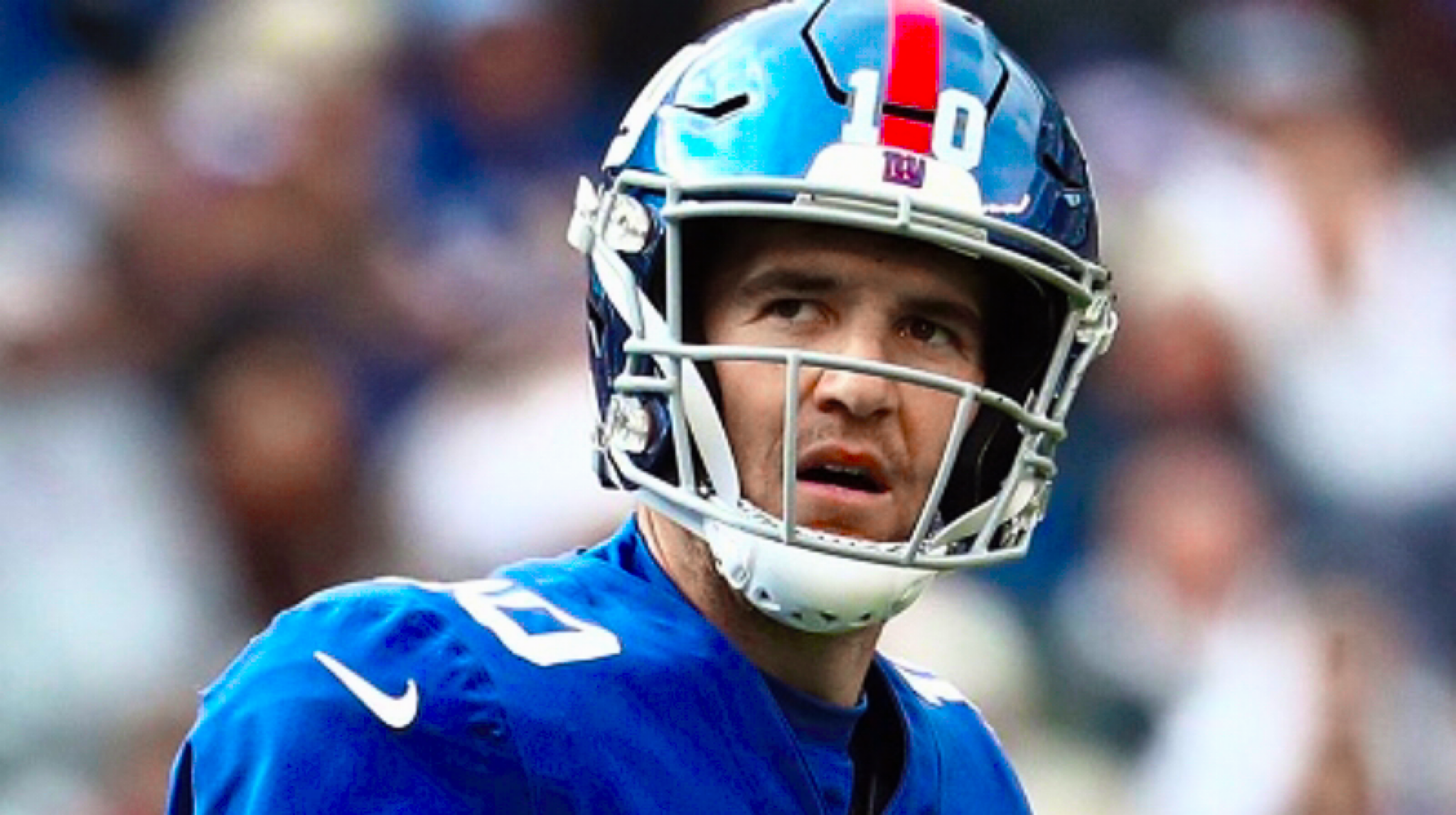 What can we expect out of Eli Manning next season?

This is a great exercise in thought. It forces us to ponder the team’s direction. There have been a slew of mixed headlines that have hit the press over the last couple of weeks. There have been betting odds out since the beginning of the 2018 season as to where the likely future Hall of Famer will be by Week 1 of the 2019 season.

Eli was listed at +150 for retirement and +300 for either sitting in a broadcast booth or still suited up as a NY Giant. If you need any help understanding the ins and outs of odds check out this concise article on how to bet on sports.

The Giants head coach has stated on multiple occasions that he would like to see Eli Manning back next season. Ultimately, it isn’t Pat Shurmur’s decision, but you have to think that he holds a bit of sway.

Is there a free agent available that would be the clear-cut choice over Eli to step in? The QB free agency market is rather limited right now. The top guy would be Nick Foles and Teddy Bridgewater will probably have no issues landing a spot outside of New Orleans. But after that, what’s left?  Ryan Fitzpatrick, Tyrod Tayler, Brock Oswiller, Josh McCown, Trevor Seimian. Other than Fitzmagic and Taylor, the rest of the group are backups, and I’m not sure that Ryan Fitzpatrick (even though he has flashes of brilliance) or Tyrod Taylor are consistent enough to say they are clearly better than Eli at this juncture. Joe Flacco is now out of guaranteed money on his contract and the Ravens could release him, but is that the direction the Giants want to take, another declining QB? I think not.

Eli has 17 million left on his contract. Some analysts and talking heads have said, ‘just seventeen million left on the final year of his contract.’ Sure … but that is a hefty chunk of salary space if you are not planning on having Eli contribute to the franchise. Eli is due 5 million in March with 11,500,000.00 guaranteed. So, this 17 million would be dead money. It’s doubtful that another team would pick that up in a one-year deal for Eli.

It’s official. The Arizona Cardinals have snatched the No. 1 draft pick next season. They have their brand new franchise boy, so they won’t be looking at QBs in the early rounds. You have tothink that they are going to grab Nick Bosa. After that, we will likely have the ‘Niners drafting second. They just spent a lot of money on Jimmy Garoppolo, so it is doubtful that they will be hunting top QB prospects early as well. Third would be the Jets, and we know their situation with Darnold. Then we have the Raiders. Derik Carr dropped 4,000 yards this season against his opponents …. but who knows what the heck Gruden and the Raiders will do as their decision-making process has been befuddling at best. Then we have the Tampa Bay Buccaneers at No. 5. Jamies Winston is on the last year of his rookie deal and he has been under scrutiny, so there is a possibility that the Bucs could take a QB. Mind you, this is assuming no trade shenanigans change the order.

Dwayne Haskins only has a year under his belt as a starter at Ohio State, but he is looking NFL draft ready. He broke the 50 touchdown mark against the Washington Huskies and with his Big-Ben-esque style in the pocket, he looks like he would transition easily into the NFL. However, he is young and has limited college experience, despite his 50 touchdowns in 2018/2019. So, it would behoove the Giants to keep Eli Manning on to bring a young man like Dwayne Haskins up to speed. Haskins has yet to declare, but with so many scouts and pundits talking about how he would likely be a top-ten pick, he just may.

Other guys with potential are NC State’s Ryan Finley, West Virginia’s, Will Grier. Missouri’s Drew Lock, and Washington’s Jake Browning. But no matter how you slice it, Eli’s presence would be indispensable for any of these young QBs.

The most likely scenario is that the Giants take a QB with their first pick in the draft and keep Eli on staff to take the lion’s share of plays on the field while grooming the new guy. Another option would be to trade for a proven QB who is still fairly young like Nick Foles and keep Eli for the season as reliable back up. So, what can we expect out of Eli in 2019? We’ll see in wearing blue for another year.