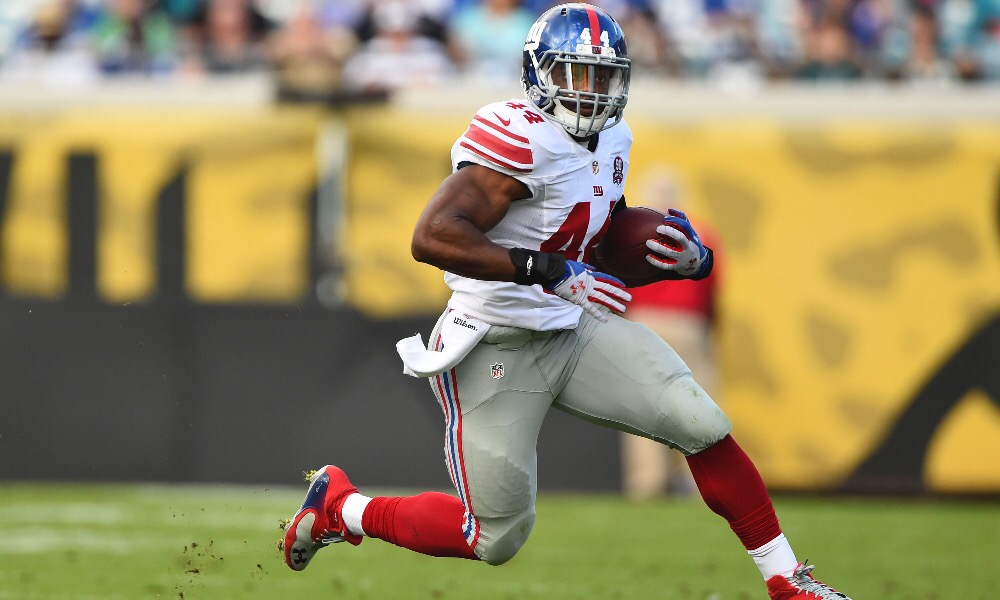 Andre Williams looks to break out.

One of the camp battles to watch this season is the running back situation. Currently the Giants have 6 real options to make significant contributions to the squad.

When asked by reporters about the state of the running game, head coach Ben McAdoo reminds us not to overlook Williams.

Just to list here are the RB’s, Rashad Jennings, Shane Vereen, Orleans Darkwa all saw significant time last year, Bobby Rainey was picked up in free agency, and Paul Perkins was drafted in the later rounds.

Williams looks transfer his senior college numbers to the pros where he racked up 2,177 yards and 18 touchdowns.

“I know what I’m capable of, and I look forward to being able to show that on the field this year.” – Andre Williams

Don’t count him out, it’s going to be fun to watch how this competition breaks down.