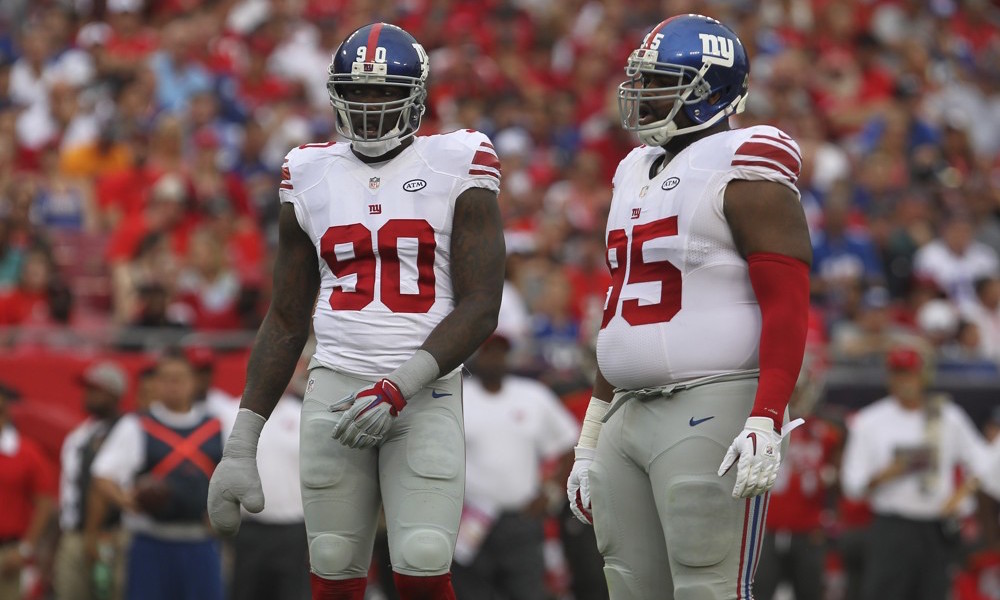 The Return of the Big Blue Wrecking Crew?

Is this the return of the Big Blue Wrecking Crew? When the New York Giants won their last two Super Bowls, they had one of the best defensive lines in the league both times, which allowed them to put a lot of pressure on Tom Brady in both Super Bowls. Since their last Super Bowl win, the Giants haven’t returned to the playoffs, which ended up costing Tom Coughlin his job as head coach. With the Giants hiring a new coach in the offseason, the team’s NFL odds of making the playoffs are better this year.

Things seem to be moving in an upward trend for the Giants because they are projected to have a top 10 defensive line this year, which is something they haven’t had in the last two seasons.

Last season, the Giants allowed 419.3 yards-per-game, and finished dead last in the league in the category. In the offseason, the team added Damon Harrison and Olivier Vernon to their defensive line, and are expecting Johnathan Hankins to have a bounce back season along with Jason Pierre-Paul, who missed half of the season recovering from a fireworks accident.

The Giants are also expecting a breakout season from Jay Bromley, who finished with 36 tackles last season. Since the Giants seem to have a lot of offensive weapons, general manager Jerry Reese was able to focus on the defensive side of the ball this offseason.

Reese has to be happy with the job he did upgrading New York’s defensive line because they seem to have a perfect mix of pass rushing and run stopping on the line. With stars like Oliver and JPP on the edges, they should be able to get pressure on the quarterback consistently. With players like Damon Snacks Harrison in the middle, they should also be very good against the run, after allowing an average of 4.4 yards per carry last season.

ESPN’s Dan Graziano is one of the people that is very impressed with the Giants for being able to sign Harrison in the offseason. Graziano believes the Giants are a better fit for Harrison than the New York Jets.

Graziano believes Harrison is the best player at what he does, which is stopping the run on the defensive interior. While a lot of Giants fans are excited to see what Harrison can do for their team, there are some people concerned about the team paying $9.5 million a year to a player that participates in two downs per defensive series.

However, the Giants are concerned about paying Harrison $9.5 million because they believe he can help on 3rd downs as well.

After an impressive 2014 season in which he was ranked as a top 10 defensive lineman, Johnathan Hankins had a rough 2015 season. While some people were disappointed that he regressed from the previous season, a lot of experts have noted that the decline in his production was due to not having JPP for the first eight games of the season.

With JPP back in the lineup, expect big things from Hankins this season. While it is too early to call the Giants defensive line the best in the NFL this season, don’t be surprised if they finish the season as the top ranked line in the league.