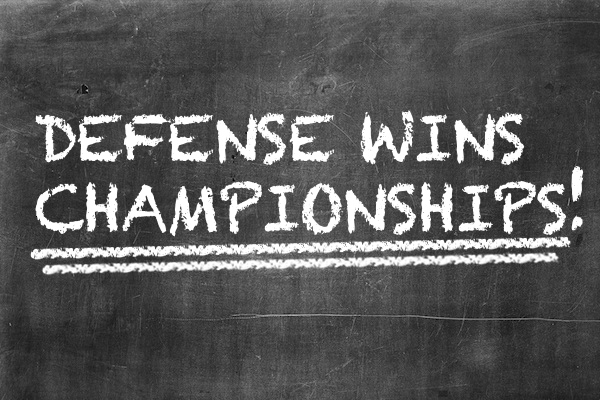 For years, this was common knowledge. Almost a rule to build your team by if you happened to be a general manager of a football team in the NFL. This actually held true for years in the NFL. Now, in this new era of scoring, passing, penalties, concussions, law suites, hands-off playing in the secondary, the destruction of passing records for yards, touchdowns, completions, completion percentage, etc. (I think you get the idea.)

Not since 2001 and 2003 (Baltimore Ravens and Tampa Bay Buccaneers) has a truly dominate team won the Super Bowl. I guess cases can be made for the 2006 and 2009 Super Bowls that the Pittsburg Steelers won. These teams had a really good defense, not sure if it would be considered dominant.

However, going as far back as 1985, there have only been a handful of teams that have won a Super Bowl without an elite quarterback, but having an elite defense. Let’s take a closer look.

Not only have the same handful of teams won multiple Super Bowls (which speak volumes about franchises that get it, are first class organizations, and do things the right way), they continue to return decade after decade. But the most interesting fact to me is the list of quarterbacks. A winners list of league and Super Bowl MVPs, first round draft picks, Hall of Famers, and elite quarterbacks for their era.

After this laundry list of names, you maybe asking yourself, what’s your point JayDee?! My point is, my patient reader you, is…if recent history (nearly thirty years worth), you have a 67% chance of getting to and winning a championship if you have an elite quarterback.

With that said, there are only a handful of teams with elite level quarterbacks. Of course, to get to a Super Bowl, lady luck has to be on your side and the injury bug needs to be as far away as possible. Smart, disciplined teams, (which goes back to the GM, coaching staff, and ultimately, ownership) to survive the ultimate reality tv show called the NFL.

Having a QB that is a leader that can and does make their team better is always a plus. This should be music to the ears of teams like Denver, New Orleans, Pittsburgh, Detroit, and San Diego. Unfortunately for these teams, they all have had a few minor, spanning to major issues during the offseason and training camps. Which means….teams like New England, Green Bay, and New York (not the green team either!) have a definite advantage of getting to and winning the Super Bowl. (it isn’t a coincidence that these franchises are consider some of the best in all of football.)

Is this a fool proof way of determining who is going to win the chip this year?! Absolutely not. I mean, multiple Super Bowl appearances, age of the QBs, wide receivers, coaching staff, defensive ranking, etc are not considered in this equation. But I don’t think it is an accident that seven borderline good quarterbacks have won in the past 25 plus years without having a dominate defense. (basically just the Redskins, but an argument can be made for those three defenses as well.)

My money is on a repeat for the New York team. You know, the one with the elite quarterback. The drama free team. The won that isn’t looking to win the back pages of the papers. The one with four Super Bowl trophies. February 3, 2008, the Giants won a Super Bowl….can February 3, 2013 be Super Bowl number 5??! Only time will tell. However, smart money says the odds are in their (and a handful of others) favor.

(but don’t be surprised if we actually win in 2014…being the first team ever to win the Superbowl in their home stadium!)