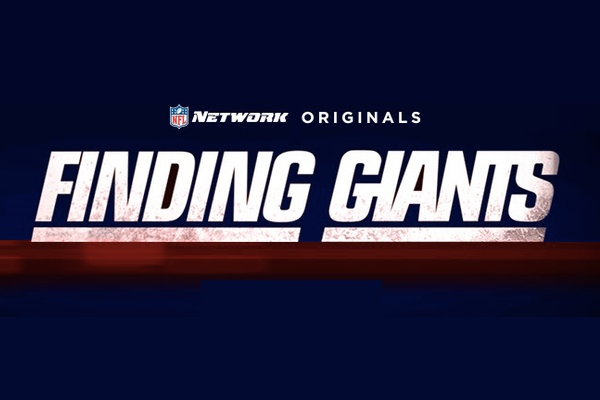 Finding Giants, NFL’s unscripted mini series that is set to air September 30, 2014 at 9pm. This series follows our beloved NY giants scouting this past draft. Finding Giants will show footage inside the Giants’ draft war room during the 2014 NFL Draft, in which the Giants selected such players as Odell Beckham, Jr., Weston Richburg and Andre Williams. accoring to the NFL.

Finding Giants will comprise four thirty-minute episodes and take viewers behind-the-scenes of the New York Giants’ scouting process. The show will explore how Big Blue identifies prospects, drafts and team builds, an unprecedented look into the inner workings of an NFL front office. It debuts in late September.

An Inside Look into Scouting and Building the New York Football Giants
Special Premier – Thursday, September 25 following the Giants-Redskins game

For the first time ever, NFL Network and the Giants pull back the curtain for a behind-the-scenes look into the lives of professional scouts and what they look for in a player that makes him worthy of being a New York Football Giant.  A special premier will air tonight, immediately following the Giants-Redskins game on the NFL Network.

The four-part series is regularly scheduled to air beginning on Tuesday, September 30 at 9:00 PM ET and each Tuesday through October 21. All four episodes provide an intimate look into the New York Giants organization, one of the most successful NFL franchises with eight championship titles, including four Super Bowls.

Recap Of The Giants & Ravens Week 16

Reply Retweet Favorite
Drives me crazy when teams are witty on social media. It’s not a good look. 👀🤦🏻‍♂️ (including teams I root for) https://t.co/YmZw56DQNH