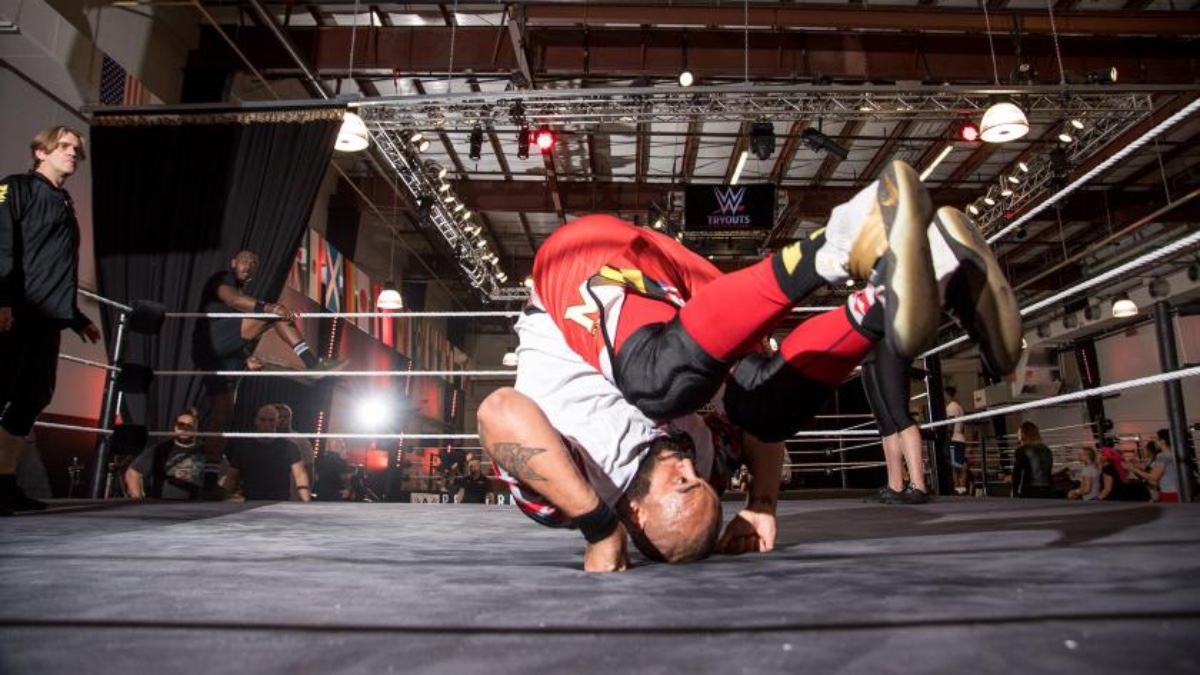 The WWE upheld their flagship broadcast under special circumstances due to the corona virus pandemic. Missing were the Cheers and the boos from the crowd, as the WWE moved their show to Orlando’s training center and made it spectator-free without an audience.

If you paid close attention to the 24/7 championship melee, you can notice Francis making his push to capture the belt.

The NFL was well represented in The WWE’s 24/7 championship brawl as Rob Gronkowsi came away with the surprise victory after defeating his fellow NFL alumni and personal friend Mojo Rawley.

The 29-year-old, who now goes by the name FRAN¢ was a member of the New York Giants Practice squad during the 2018 season, but football was not what he was dreaming of.

“It was never meant to be, and I can look back at it now and say that wasn’t my destiny,” Francis said referring to his NFL career. “I was put on earth to be a professional wrestler. All of the things I’m good at — controlling a crowd, audience interaction, the fact that I can take a beating — I can use all of them in wrestling.”

Although you his debut was short, it’s a start in the right direction on fulfilling his dream.

“My parents had video of me cutting promos against Hulk Hogan since I was 18 months old. I’ve watched wrestling for nearly 30 years,” said Francis, who turns 30 in May. “The reason I moved to Orlando when I was in the NFL is because I knew when my career ended this is what I wanted to do.”

Hopefully soon this pandemic will pass, and FRAN¢ will get to perform in front of a live WWE packed house, because we all want to get back to normal life.