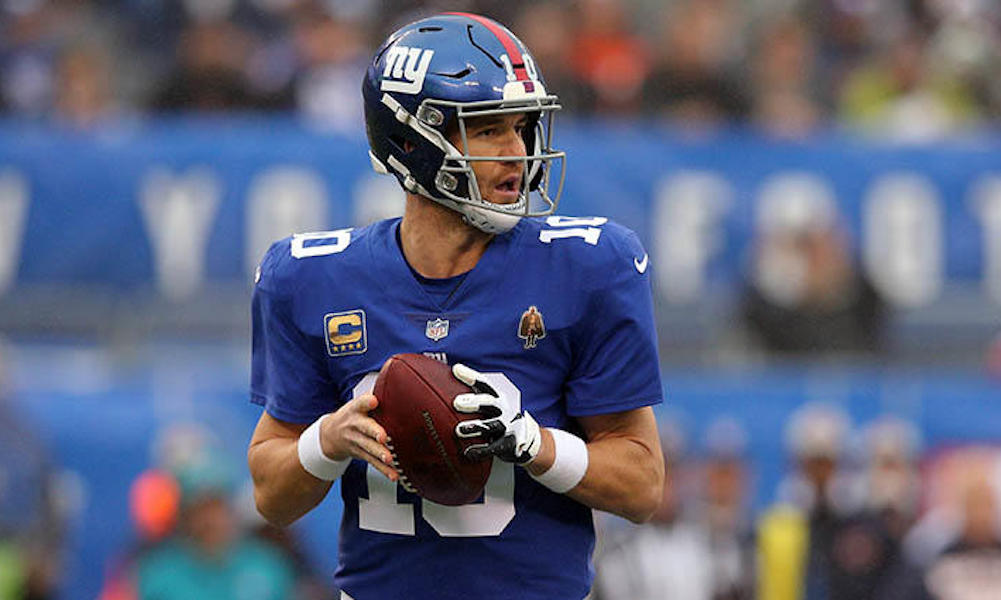 We’re keeping Eli? It seems so. Reports are out claiming that Gettleman’s review of Eli Manning’s 2018 performance indicate that the Giants are going to keep him going into the final year of his contract. What does this mean? This points to the Giants likely drafting a quarterback in the first round. Currently we’re sitting at the 6th overall pick in the first round.

In connection with this rumor is another rumor that the Giants have contacted the Arizona Cardinals in order to trade up in order to get Dwayne Haskins (Who the Giants are “in love with”). Unfortunately, there is very little sustenance to either of these rumors. If this is indeed fact, what would that mean for us? Let’s consider a few possible options in this draft scenario. 1. We forfeit our 1st round pick next season 2. We give up a key player

Let’s consider that first scenario. This upcoming draft class has already been called “quarterback lean”. Many of the scouting pros have already said that none of the quarterbacks that have declared for the draft thus far are day one starters. Many of those same scouts and analysts are predicting next year to be a much stronger draft class. Do we risk a pick on potential talent and forfeit an opportunity next year?

Now let’s look at that second scenario; giving up a key player, or first round talent. The two names that immediately pop into my head are Landon Collins and Odell Beckham Jr. Both are key players on each side of the ball and have established themselves as stars on the Giants. Again, can we afford to risk such talent for potential?

In my opinion, we have time. Eli is by no means what he was but he did get in stride near the end of the season. I believe we need to see what’s available at the 6th pick. If a 1st round caliber quarterback is available, then take him. If not, we have other holes throughout the team that need to be plugged. Our offensive line needs to be fixed up. We were able to get Nate Solder in free agency but it doesn’t seem as though it was the fix that we absolutely needed. Eli manning was still sacked 47 times, 6th most in the NFL this season. Our pass rush is also an area that we need to further develop.

What do you think about these rumors? What would you like to see happen? Let us know in the comments below.

“Giants Are Keeping Eli Manning, As The Rumor Mill Continues To Spin.” was written by Guest blogger Justin Alequin. You can find his other thoughts on whiskeybravobros.com Please Share this post & leave some feedback in the comment field below, I would love to know what you think.