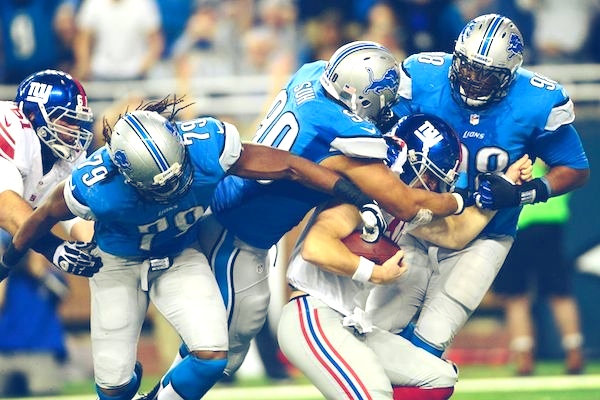 Let me start this by telling all of you, it will be all right. I know we as New York fans like to overreact and yes I know they looked like garbage but (let me make this bold / underlined) IT’S THE FIRST GAME.

I remember plenty of times where the Giants started out not looking so good or they just played horrible for a stretch but some of those times ended up in Super Bowls runs. Just for clarification, in no way am I saying this is a Super Bowl team but I am not willing to completely write them off yet. I hope the people reading this are true fans and not willing to “burn jerseys” or give up your fanhood for the team because of one game.

I am trying to stay positive people and yes I was swearing at the TV watching the game just like all of you because I understand the feeling that happened from a fans perspective. It was like waking up Christmas morning after being all pumped for the special toy that you have been waiting months to get and when you open the box, you find a big pile of shit.

But after I had time to calm down and think about it. I saw some positives. (I know what you are thinking what is this asshole thinking)

Here is my positive takes from this game: (other than it ended)

1. The Defense played better than people think. The Giants had a run defense for those who watched last year that is a step in the right direction. Some of the secondary played well but I will talk about that more, later in this blog.

2. I feel they will take advantage more of what Eli strives in. Again for the people that have watched Eli throughout his career, he plays well in no huddle, rushed offense where he just plays and doesn’t think, hence all the 4th quarter comebacks he has had in his career. (I hope the guy burning his jersey forgot how many games Eli has won for the Giants not just the Super Bowls)

3. Experience with one another. We know this team has gotten thrown together and they have to learn to play with one another so they will get better and hopefully reach their potential as a team.

4. It was only one game but I also got to see the first games the rest of the division played. The Eagles had to make a comeback against the Jaguars to pull it out and they were lucky to do so. (Chad Henne was starting for the Jags lol). The Redskins were dominated by the team that had the first pick in the draft this year. (RG III might not finish the season as the starter) The Cowboys looked to be an absolute mess. MY POINT THE GIANTS ARE NOT OUT OF IT.

Now I will talk about the negatives because they cannot be denied:
1. The OL needs A LOT of work and I am hoping with experience they will get better but I am thinking that this will be another focus come this next draft. All I ask don’t make Eli run for his life every game. I will give them the benefit of the doubt because they played one of the best DL in the league.

2. Any WR make a play please. Victor Cruz worry about catching the ball instead of how many targets you had thrown your way. WRs get open, catch the ball and I know this is crazy look for the ball early since Eli is running for his life.

3. The Pass Rush was horrible not only were you not getting in but also when you had a shot you made Mathew Stafford look like he was Barry Sanders. Get it together.

3 Giant Stars of the game

1. Prince Amukamara: He had a good game and going by that game if I had to choose who should of followed Calvin Johnson around it would have been him.
2. Jamal McClain: I chose him because it seemed he was on the field the most making plays and helping shut down the run but the all the linebackers played pretty well.
3. Larry Donnell: Other than one play where we know he messed up even though Eli took the blame. He caught what was thrown towards him but I was hoping he would not have to gotten targeted as much as he was.

3 small efforts of the game

1. DRC: Giants did not pay you to play like that. Giants paid you to be a shut down corner. I will give him the benefit of the doubt because it was Calvin Johnson and maybe, just maybe he should have been doubled. (Call me crazy)
2. William Beatty: Please stop proving to the Giants why they shouldn’t of paid you anything, not to mention you were overpaid anyways. But he hasn’t had many practices so lets hope he gets up to speed soon.
3. Victor Cruz: You are our number one WR now, so please act like one you don’t have to make every catch but how about the ones that hit you in the hands. (Am I asking too much) But please get mad because you weren’t targeted enough. Make plays.

So we all had to go through a tough Monday night football game but it was their home opener and they are a team with tons of talent on it, they just have to put it together. (I was talking about the Lions) Maybe at the end of the year we will look back at the game and we lost to a really good team. What I am happy about is the Giants got the wake-up call that they needed early. Now we will see what kind of team we have, they will either fold (if that happens lets blow up this team and do a complete rebuild) or they will rise to the occasion and we will be witness to another Tom Coughlin turnaround, further proving the great coach that he is.

Lets give them a chance and keep rooting for our New York Giants.

I don’t have a choice and I Bleed Big Blue. Do you?

(This is for the people in the Bleed Big Blue fantasy league I am 1-0 , Come Get Some)