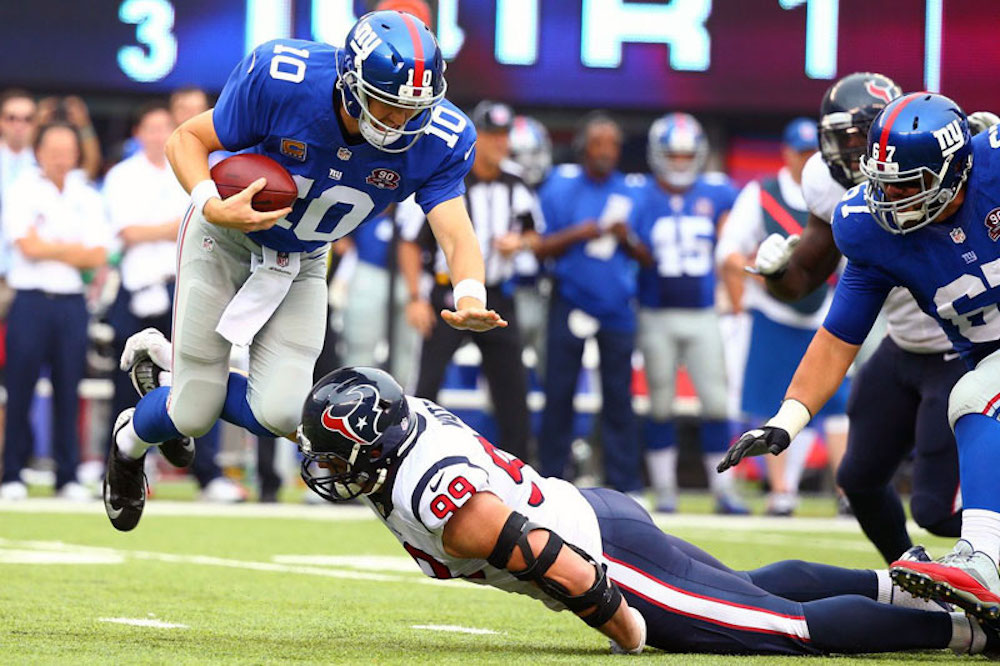 Texan fans eager are to catch the New York Giants vs Houston in hopes of an successful home opener. The Giants have once again struggled out the gate as the Texans look to take advantage of a struggling team. Overall the secondary market for the texans has dipped 22% compared to last season According to the gurus at tiqiq.

The Houston Texans home opener is set for September 23 against the New York Giants, and demand is high, making the asking price on the secondary market the second highest of the season so far. Below is how Texans tickets prices stack up on the secondary market across the league. As you can see below, 2018 Houston Texans tickets are down 22% compared to last season, and are the least expensive since 2011, when secondary ticket marketplace TicketIQ.com began tracking data. The priciest season in Houston was 2017, when the Texans won the AFC South and got as far as a divisional game before losing to New England in the playoffs.

Historically the Giants are a franchise which their fans travel well. It should be a fun game at NRG stadium. Tickets on the secondary market seem to start under the $90 mark. Two 0-2 are battling it out, only one is waking away with the win.