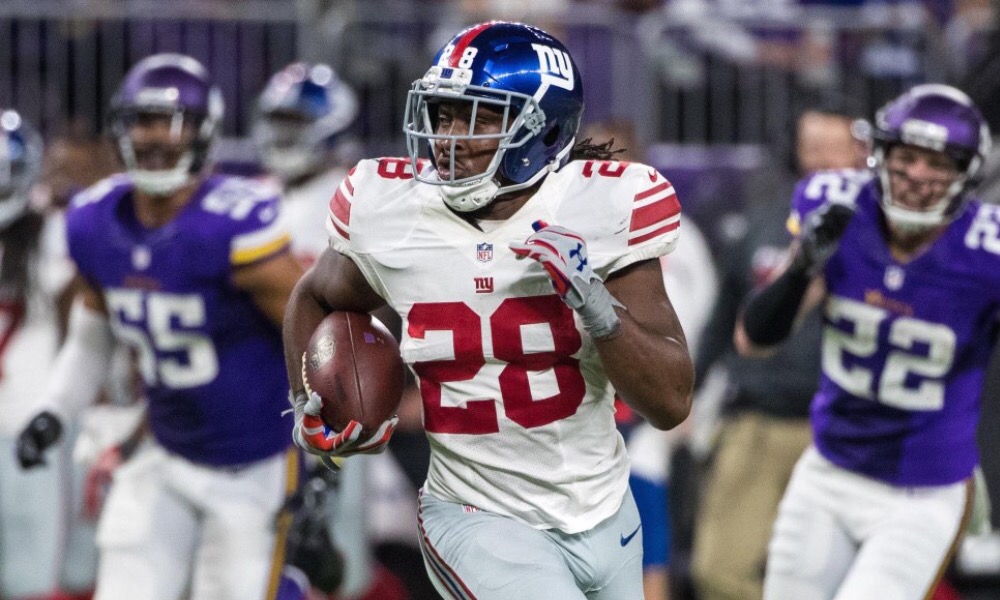 Hello all. After 5 weeks we are 2-3. Riveting. Compelling and rich.
I’m not here to tell you the season is over, the sky is falling or we should fire everyone cause the rest of the season is gonna, for lack of a better term, blow.

It’s marathon, not a sprint. A long season is still left to be played and If the Giants can clean somethings up, they have a enough talent to make a run.

The penalties. The pass rush. The play calling. The offensive line. Eli’s decision making. We can pick on all these things…but to me, there is one glaring issue that may fix all the offenses problems.

We will get to him in a minute…

The penalties have killed us. There is never a good time to get a penalty, but looking back at the Redskins, Vikings and Packers games, it just seemed we were picking the absolute worst times to get flagged. McAdoo needs to get that cleaned up, NOW. The Ravens and Rams aren’t world beaters, but they won’t have to be if we continue to hurt ourselves. If we don’t play cleaner games, we can end up 2-5 at the bye. No Bueno.

The pass rush, in my opinion, goes hand and hand with the injuries in the secondary. As we get healthy, I am hoping to see more of some unique blitzes by Spags and company. At least that is my hope, the jury is still out. Despite its problems though, this unit has played hard and for the most part, well. So we will leave this topic alone for another day.

You take the good, you take the bad. I am not worried about Eli…at all.
What I am worried about though is how come the New York Giants can’t see what I see. Or, maybe they do and they are biding their time. Grooming him, making him earn it. Easing him along. NO MORE! Let him play!

The defenses we played have given the rest of the league the Big Blueprint on how to stop us. Put the safeties over top, let the Giants self-destruct, dinking and dunking their ways from 20 yard line to 20 yard line. The will get a penalty…turn it over, or trip over their own feet in the red zone. The Giants, even with Jennings, can’t run the ball. Darkwa, Vereen and Rainey are nice pieces, but you can’t tell me that Paul Perkins does not pass the eye test.

He has the most talent in that Giants backfield. And it’s not even close….

Does the kid need to improve in pass blocking situations? 100% Yes

Am I saying make him the bell-cow, right now, starting this week? 100% Not

Is he the most talented member of a backfield that consists of journeymen like Jennings, Rainey and Darkwa? 100% Yes.

News flash…this league will catch up to you. You better be creative and be able to adapt and change quickly…sometimes possession by possession.

The Big Blueprint on how to slow down this offense is out. And now we have to adapt… Jennings wont scare them. Darkwa doesn’t keep defensive coordinators up all night…and Rainey is a nice player, but not in our future. Who can move those safeties up so that OBJ can start leaping over buildings in a single bound again? … Perkins, that’s who.

McAdoo stated earlier in preseason, “We’re not going to be afraid to play young players.”… So, Play Perkins!

He is not limited by blocking schemes. Has proven success running both inside zone and power schemes, he shows patience as a runner and sets up blocks well and the most exciting part… Perkins can make the most out of poor blocking…He was contacted behind the line of scrimmage on over 25 percent of his runs, one of the higher rates in the nation. On those (61) runs, he still averaged 3.5 yards after contact. Some guys just know how to play football.

Again, I’m not saying he should be handed over the job…but he should be given an opportunity to earn it. Maybe that is what is happening. Maybe they are bringing him along…maybe they have their eyes set on expanding his role weekly…well, maybe they should hurry up. It has a tendency to get late early around here. We have time, but that time will expire if we accept the status quo and expect things to get better.

Sometimes you have to shake things up and get your most talented players on the field…here is hoping that McAdoo gets this memo.