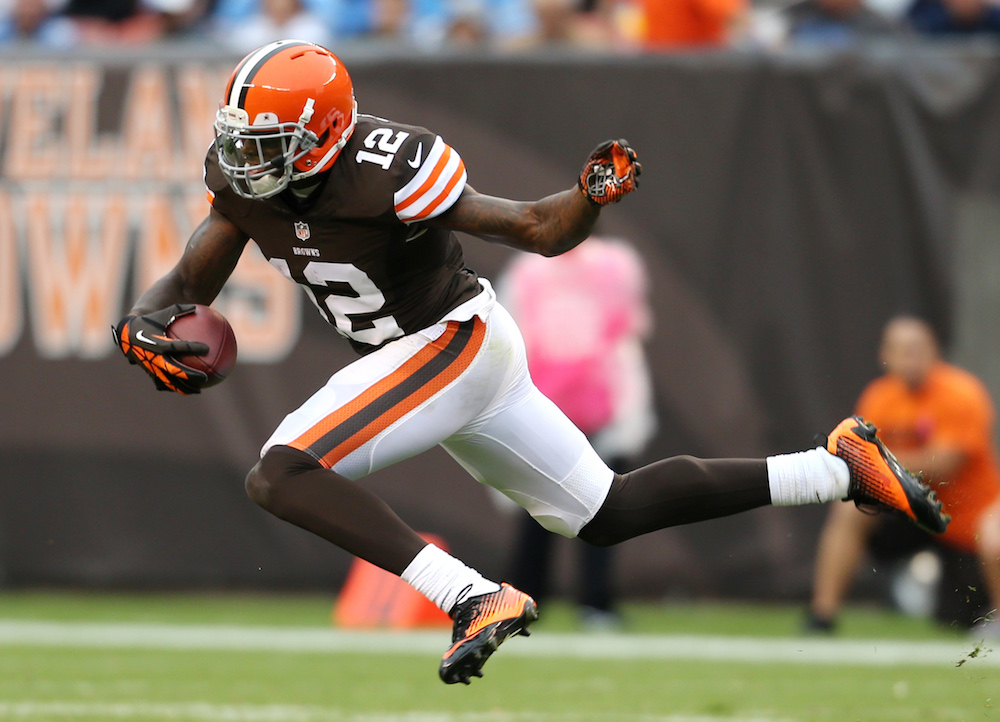 Is Josh Gordon to the Giants a real possibility?

Gordon who is residing in California has kept quiet and has stayed away from off the field influences which caused him his suspension.

A ruling by the NFL commissioner should be coming shortly, it is not known yet if he will lift the suspension placed on Gordon.

“The process is we will go back and look at how he’s conducted himself over the last several months, what he’s done to make sure it’s consistent with the terms of his suspension, and at some stage we’ll have a report on that, and I will engage with our people to understand where he is, where he’s been, but most importantly, where he’s going,” Goodell said. “When these things happen, it’s about trying to avoid them in the future. Our No. 1 issue here is to prevent these things from happening.

“I’m hopeful that Josh understands that he’s going to have to conduct himself differently going forward to be a member of the NFL and to be representing the Cleveland Browns — or any team in the NFL. So, our job is to try to get people to understand that, try to make sure that they live by the policies that we have, and ensure that this is what all of us want and also what the fans want. Our fans want everybody playing by the same rules.”

A quick look at Gordon’s Twitter history shows multiple “likes” linking him to the New York Giants. Don’t get too excited because he also has a few likes regarding the Patriots.  @JOSH_GORDONXII’s Likes on Twitter

While this may be suggestive, it’s only Twitter. If reinstated by the NFL the Browns will still have Gordon under contract until 2017.

Here is a short youtube vlog on if Josh Gordon To The Giants A Real Possibility?