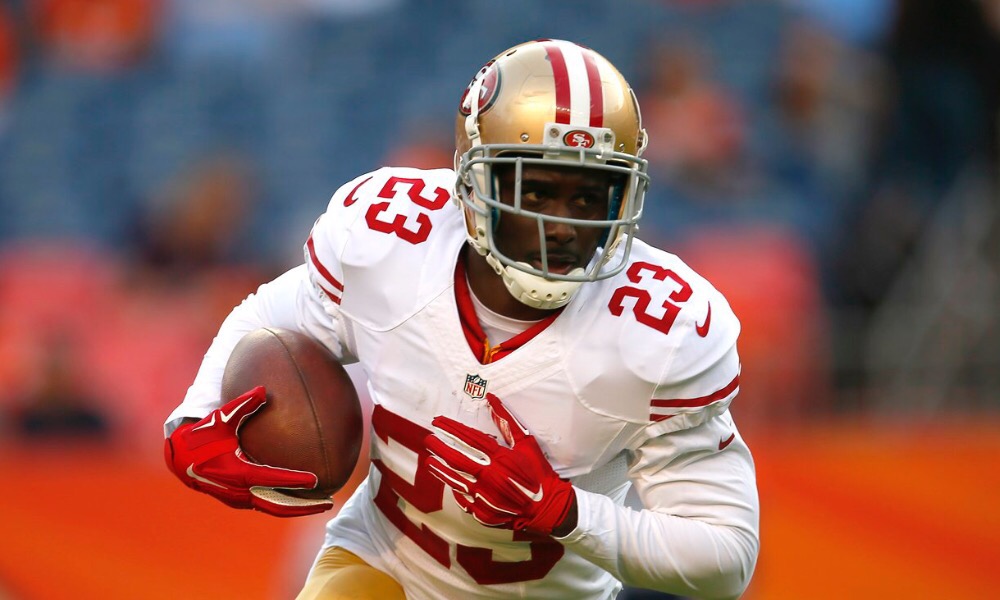 NFL Journeyman running back Shaun Draughn is a tenacious man. He has played for six teams in six years, but he loves the game so much it has never occurred to him to look for a different career. Today, Draughn is considered to be a veteran player with the rare talent of being extremely versatile. As well he should be after playing in 57 games.

Today, Draughn is celebrating the news that the New York Giants have signed him as a running back on a one-year deal. The legendary team have recognised Draughn’s skillset and are happy to give this big-hearted player a chance to show the fans what he’s made of. Fans with the confidence in the man go to one of the best betting sites online – William Hill and put their money where their mouth is.

Draughn is happy to admit that his versatility is his unique selling point, and is probably the reason why the Giants have signed him up. He says he thinks the Giants will want to play off his strengths and he’s hoping that he will finally get the chance to reach a playoff game – something he hasn’t managed to do for seven years!

2016 was Shaun Draughn’s best year ever. He played for the San Francisco 49ers, scoring an impressive four touchdowns rushing for 194 yards. He was lucky enough to play in all of the 49ers 16 games on the field, so it’s not surprising that he caught the eye of the New York Giants.

The Giants are hoping to maximise Draughn’s talents and improve their running attack score over the coming season. Draughn will be joining a backfield that includes Paul Perkins, Shane Vereen, and Orlean’s Drakwa. Rashad Jennings was released from the Giants last month after starting at the beginning of last year’s season. Darkwa was re-signed and in a bid to mix things up a bit without spending too much money in the process, the Giants signed Draughn. The Giants are hoping that signing Draughn will help to compliment the skills of Paul Perkins, a second-year professional player, and the team’s top returning rusher. Right now, the Giants don’t have a player who can fill the void in goal line and short-yardage situations, so no doubt the coaches Draughn is successfully able to do that for the team.

A Lot to Offer

At 5’11 and 205 pounds, Draughn has a lot to offer. He began his collegiate football career as a safety, but running back was his primary position. He knew running back played to his strengths, so he persuaded his coach at the time to give him a chance on the basis that it would help the team do better. And he was right – it did.

Draughn made the move from collegiate football into the National Football League in 2011. He was signed to the Kansas City Chiefs and played with them for two seasons. He then moved to Baltimore for a year, before playing for three different teams in 2014. The 49ers signed him in 2015 and he enjoyed a great year with them.

Some Giants fans might be disappointed to learn their team has signed the journeyman from the 49ers, but Draughn is a player who should never be discounted. He has proved his mettle over the last six years and as he himself admits, he has no problem learning a new offense after being with so many different teams. We look forward to seeing how his next season with the Giants plays out!