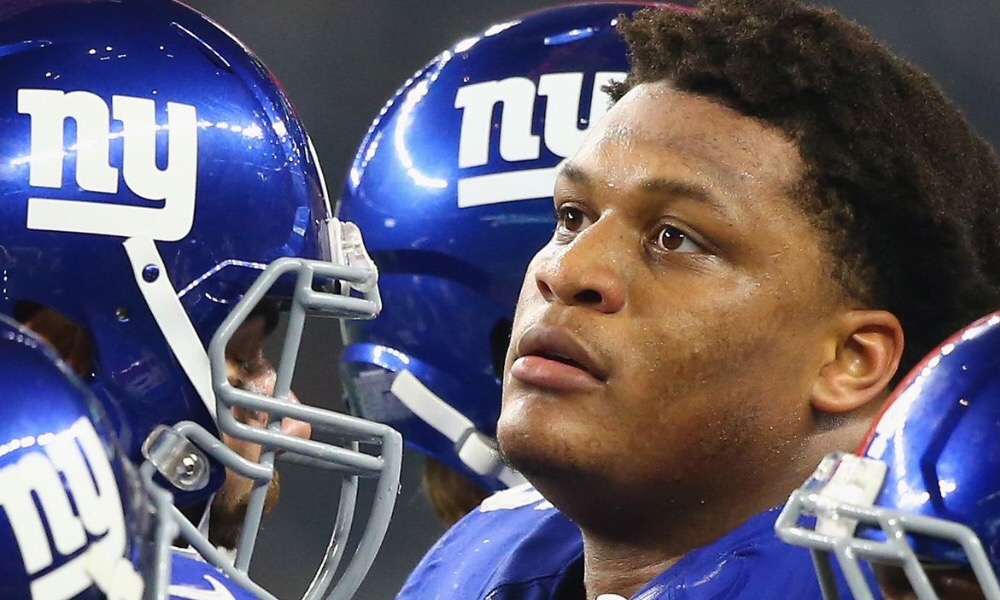 The front office has taken steps to address an offensive line that showed room for improvement in 2016. The x-factor to any offensive line is the left tackle. Protecting Eli’s blindside is the key to any success we hope to have in 2017.  Giants co-owner John Mara gave incumbent left tackle Ereck Flowers a vote of confidence this week saying,

According to sportsbettingdime.com The Giants will be look to resolve their left tackle issue prior to the start of next season. The Giants will need to do a better job protecting Eli Manning, and give him more time to step into the pocket and fire footballs to Odell Beckham Jr, newly signed Brandon Marshall, and flourishing sophomore standout Sterling Shepard.

Noted. Endorsement aside, Flowers struggled in pass protection last year, showing a lack of quickness and a power base better suited for run-blocking on the right side. The tackle market in free agency was bloated to say the least, and the Giants smartly passed on the massive investment required to sign an Andrew Whitworth or Russell Okung.  Instead, they landed the steal of free agency in former San Diego Chargers’ left tackle D.J. Fluker. Fluker signed a one year 3 million dollar deal. While the Fluker deal is a win for the Gmen, the financials hardly indicate that he is the future for Big Blue at left tackle. More likely is a competition with John Jerry at right guard. A position where Fluker stands to be a definitive upgrade, and an asset in protecting Eli Manning.

More recently the Giants have been connected to former Denver Broncos tackle Ryan Clady, and former Jets center Nick Mangold. Mangold would be the third Jets player to join the Good Guys this offseason, following Marshall and backup QB Geno Smith. While the Jets becoming the Giants farm team is both beneficial and humorous, Weston Richburg is locked in at center for Big Blue. Mangold would certainly play guard, meaning Fluker, Pugh or Jerry would be moved to tackle should Mangold earn significant playing time.

Any way you slice it, Reese and Co. need to add some quality tackle talent via this year’s draft. Cam Robinson from Alabama, Wisconsin’s Ryan Ramcyzk and Utah’s Garrett Bolles are the cream of the crop. Reese has proven this offseason that he will not be shy in making deals he feels improve this team. Ramczyk and Bolles have both been linked to the Giants, with Reese scheduling a private meeting with Bolles earlier this week. Tackle is the position most in flux for the 2017 New York Football Giants, and I firmly believe one of the three gentlemen listed above will be in East Rutherford next season. It is the best way to protect Eli next season, and in the future. Jerry Reese must be aggressive in his efforts to solidify our line, protect our assets, and give us the best opportunity in our Drive For 5.