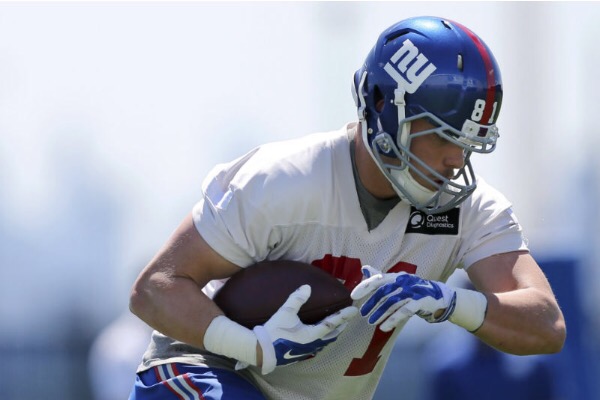 One goal of preseason is to get out of it injury free. This appears much harder to do in todays NFL. New York Giants undrafted tight end Matt LaCosse will need knee surgery jeopardizing his season according to ESPN’s Jordan Raanan.

New York Giants tight end Matt LaCosse needs surgery on his right knee and is expected to be sidelined indefinitely, according to sources. The undrafted free agent out of Illinois will have surgery on the knee this week. He could return later this season.

Giants fans had high hopes as LaCosse seemed to be a nice surprise addition during preseason. The Giants will take a better glimpse after surgery to see if they need to shut down LaCosse for the rest of the season.