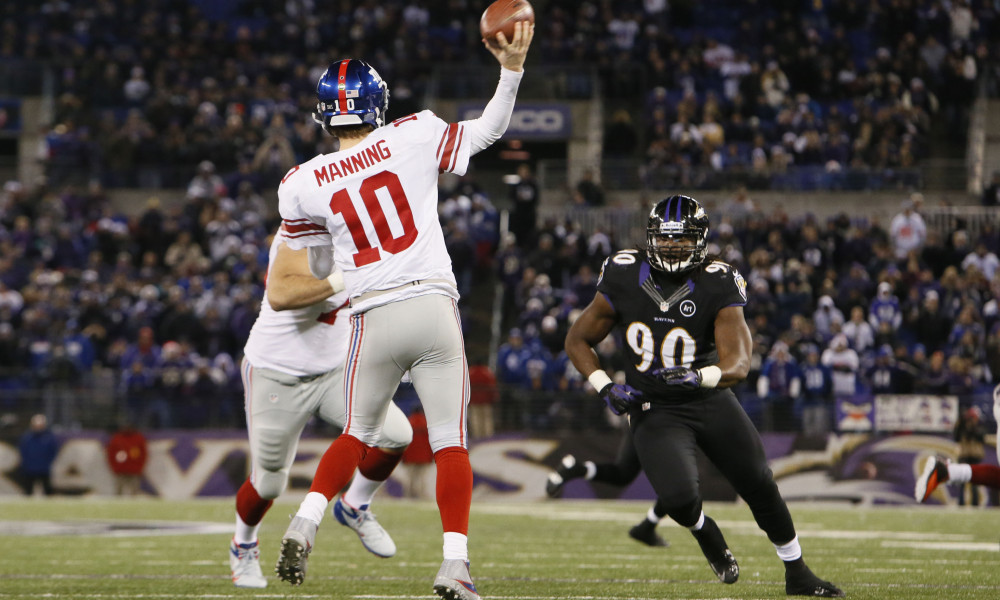 This weeks matchup comes with a healthy serving of anxiety, well at least I can settle my jitters knowing that Baltimore has its own set of struggles. We asked Chris Schisler of Ebonybird.com to defend his beloved Ravens.

1st up the Baltimore Ravens.

While my confidence is at an all time low with my Ravens (and I expect an ugly football game) here are three ways the Ravens can win on Sunday.

The Ravens defense is dominant. Currently the Ravens rank third in total defense. Baltimore only gave the Washington Redskins offense 10 points; the other six points came on special teams. If the Ravens offense would have just been half-way functional, they would have won.
Baltimore ranks 5th in pass defense and 4th in rushing defense. At all three levels the Ravens have standout stars. Brandon Williams is the best nose guard in football. Zach Orr has stepped up in a big way. In his first season as a starter Orr has 27 tackles and an interception. Eric Weddle and Ladarius Webb are making a huge difference in the back-end. I know one thing about this game, the Ravens defense will give them a chance to win.

Back to the Run Game.

The Ravens averaged over six yards per carry last week. For some inexplicable reason the Ravens failed to get back to the running game. The run game was supposed to be the key to the entire offense. That’s why Trestman is no longer the offensive coordinator.
Look for the Ravens to get back to the run. The Ravens will then have the play-action pass game ready for Joe Flacco. Marty Mornhinweg is going to make the Ravens a balanced an unpredictable offense.
Terrance West is the next big star in the NFL. The Ravens just need to let him do his thing, running the football with authority.

And for the G-Men.

Every week we get into the games thinking that this is the week that the Giants offense will break out. We wait for the 30+ performances, there are too many talented actors on the offensive side of the ball for this not to happen. MetLife Stadium should be a nice environment for the offensive line to collect themselves. Look for Eli & Company to score early and get the crowd behind them.

While Rashad Jennings numbers might not be there he is only averaging 3.6 yards per carry, his intangibles are off the charts. Jennings brings leadership, the ability to pick up blocks, and is known to break a tackle or two.

The Giants will still give fellow backs Orleans Darkwa, & Paul Perkins touches, but with Jennings in he can keep the defense honest.

Cornerback Dominique Rodgers-Cromartie said he’s healthy enough to go on Sunday. A ready Cromartie could provide the defensive line enough time to get to Ravens QB Joe Flacco. The Giants found themselves thin at corner when rookie CB Eli Apple and DRC both missing games together.
DRC & Janoris Jenkins is a solid duo that should give the Ravens wideouts a difficult time.