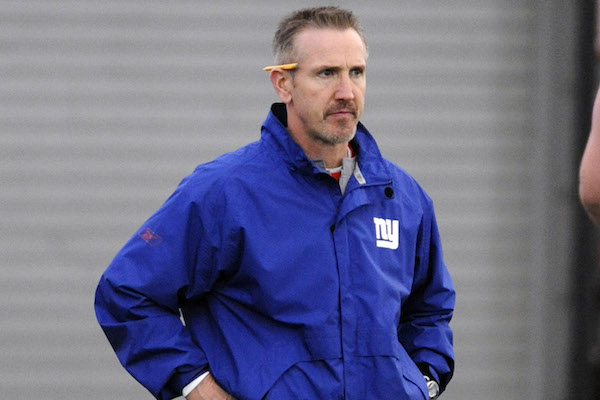 Steve Spagnuolo Return To Giants Past

“I’m not a magician. No coach is a magician. Things aren’t going to happen like they may have happened in a different time.” Said Coach Spagnuolo

Luckily we are not looking for magicians. Giants fans look for a team that will play hard, work hard. We don’t expect miracle turnarounds. We expect improvements similar to what last years offense accomplished under newly appointed offensive coordinator Ben McAdoo . While this may be Spagnuolo’s cooling off our expectations He clearly knows the keys to the Giants future is with the Giants past.

“Michael Strahan said when he first got here they took pride in living up to the New York Giants defensive tradition. I thought that spoke volumes. That’s a lot to live up to. If we can shoot for that and get close I think it will be pretty good.”

“I can just remember watching Giants football in Giants Stadium. Everybody gets infatuated with offense, but I just remember the linebackers and the d-linemen and the Spider Lockharts. …. It’s relentless, it’s attacking,” he said.

Those who bleed blue look forward to defensive game play that is relentless & attacking. Get the opposing offense off the field so we can see ours!

I’m wondering what other people think about the return of Spags? Please leave a comment below and let me know what you think.