Right now what can you look forward to when you go to the Giants game. This season has been full of let downs and so many injuries that even the most die-hard GMen fans are asking “Who?!” when the lineups are announced. You know what has never failed the team here at Bleed Big Blue? The Blu Bus.

This NY Giants tailgate is run by a group of guys who, rain or shine win or lose, come out to have a great time. One of the owners of the bus, Pat who is a retired NYPD officer, informed us of the amazing setup he has every home game. They bring in all the supplies via a decked out NY Giant school bus, which holds enough food, beer and alcohol to fuel a huge contingent of Big Blue Nation. The only thing I know for certain this season is that I don’t walk into the stadium hungry or feeling like I need another drink. As The Dude would say, “The bus abides.”

If anyone was wondering where this magical fountain of good eats and alcohol is located, you’ll most likely find them in Lot J2 which is a short two beer walk to MetLife Stadium. They post what their menu is gonna be a couple days before the home game on their Facebook page. You will usually see a list of: Sausage and peppers, chicken wings, fried chicken, clams, lobster (if you’re lucky), meatballs, pasta and an arrangement of chips and dips. I’d be remiss if I didn’t mention the variety of booze they also bring. You can find seemingly bottomless coolers of beers and soda, along with a stocked bar which looks to be getting more and more bottles added to it as the Giants keep racking up the L’s.

These guys are definitely a good group to hangout with, even to some of our less educated buddies who might be rooting for the away team. You’ll hear them blasting tunes from open to close (Up to 5 hours before kickoff and 2 hours after). Definitely ask to see the dozens of players signatures on the inside roof of the bus. Don’t forget to bring $25-30, depending on what type of food they have, to throw into the pot so that they can keep the bus running every season. Hope to see you there.

PS- Maybe you’ll run into some of us and you could pick up a Tshirt before heading into the game. 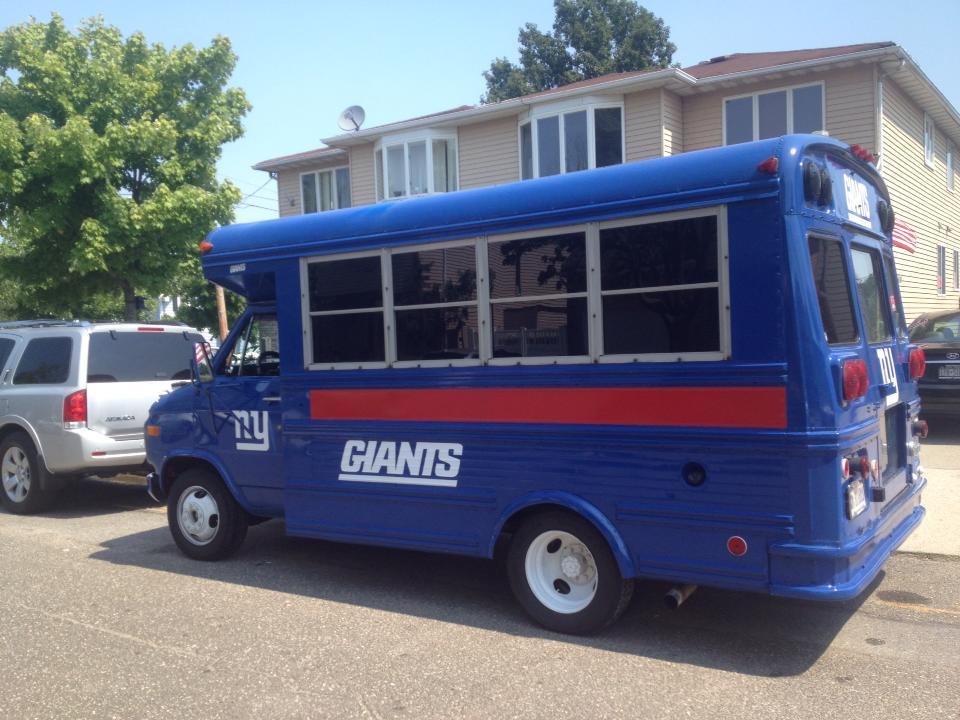 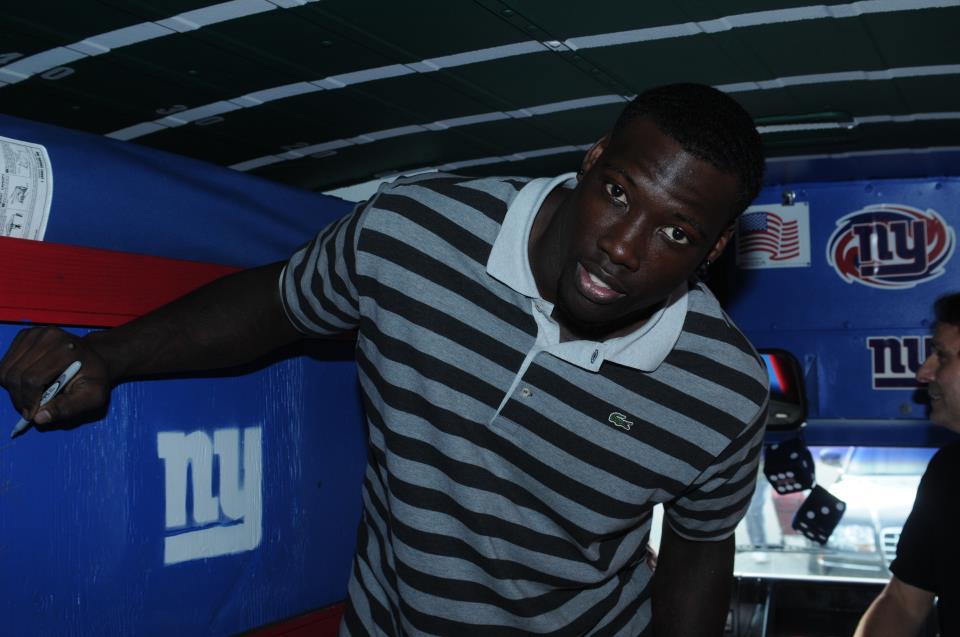 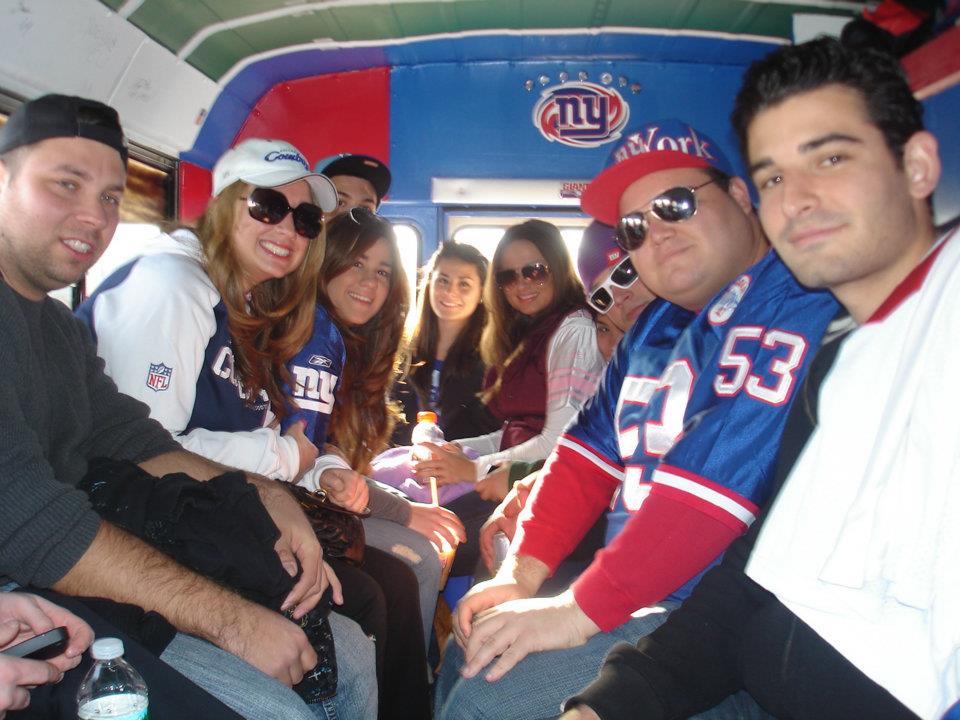 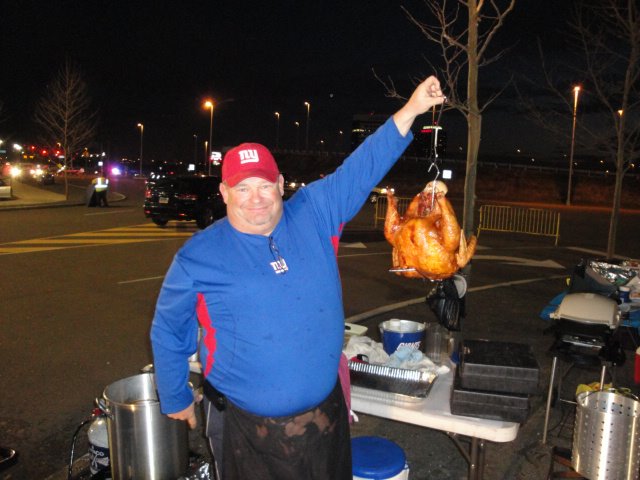 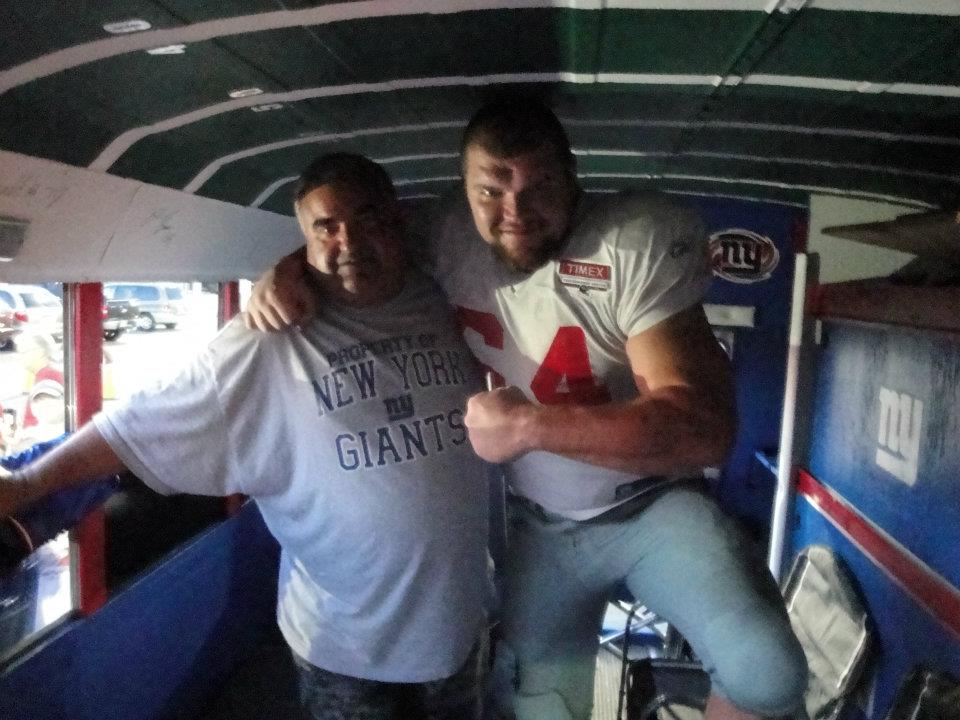 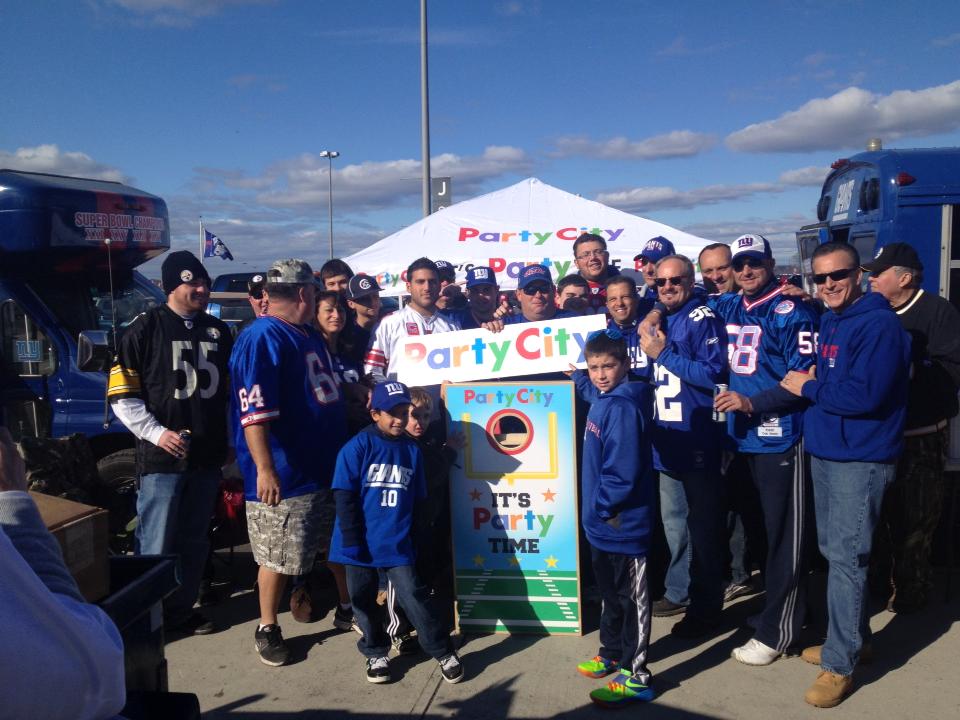 Can anyone go too the tailgate? Do u need cash?