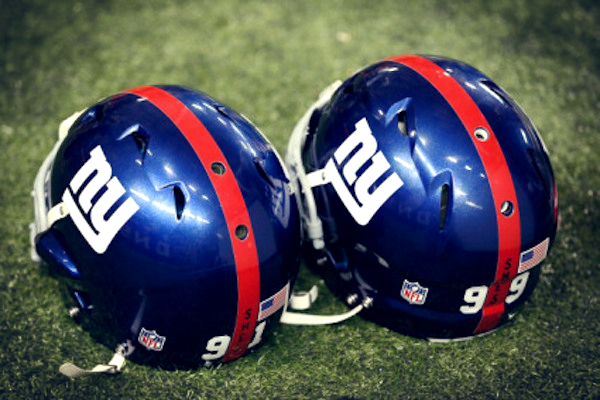 Sometimes the grass just isn’t greener on the other side. This seems to be the case for some Ex Giants players . I understand that business is business and you only have a few shots of signing a big contract, but I wonder if any of them regret leaving for “greener” pastures.

To be honest this post is a bit biased. I would love Justin Tuck to retire as a Giant and take his place on our ring in honor. Sometimes it may prove better to take the home town discount. I won’t plead this case, I’ll have former Giants do it for me.

“I’ve talked to Justin and I told him he should try whatever he can to stay in New York,” Osi Umenyiora said. “Because he is New York.”

It hasn’t gone to swell for Osi after leaving New York for Atalanta. He tallied 7.5 sacks as the Falcons finished a disappointing 4-12. It is now rumored that the Falcons will cut Osi prior to march 11th to save $500,000 incentives.

In similar fashion RB Brandon Jacobs was released by the Giants in early March of 2011, just before he was due a $500,000 roster bonus. Both sides continued to try to reach a new agreement but could not find middle ground during negotiations. Jacobs later landed with San Francisco, where he was overlooked and lashed out at management, specifically Coach Harbaugh. Jacobs totaled seven yards in two games and was eventually cut.

Injuries to both running backs David Wilson and Andre Brown forged a reunion for Jacobs with Big Blue. “The Giants have given me a great opportunity. This is where I wanted to be. These are the coaches I want to play for and I wanted to come back with my teammates. This is the place I love most.”said Jacobs.

The Giants offered then stud slot receiver and Manning favorite Steve Smith a five-year, $35-million contract extension in 2010. Smith decided to play out his contract and test the free agent market. Smith lasted to mid-season and badly injured his knee. Instead of having the comfort of the deal the Giants offered, he was headed for a long summer of micro fracture surgery & rehab.

Smith and the Giants medical staff had different opinions on the progress of his rehab. Smith felt he was ready for week one and the Giants felt he should start the season on the PUP list (physically unable to perform). The Smith camp quickly signed with the Eagles for a one-year, $2 million deal. The Giants claimed they were never given a chance to counter offer. Smith suited up in green and started his season with the Eagles. The Giants fans were calling for GM Jerry Reese’s head. Reese’s only answer was a an un-drafted wide receiver named Victor Cruz & a Super Bowl win.

There are many other stories of ex Giants to never reclaim the glory. Kevin Boss, Mario Manningham, of course Plaxico Burress.. Those are stories for another day.

What are your thoughts?