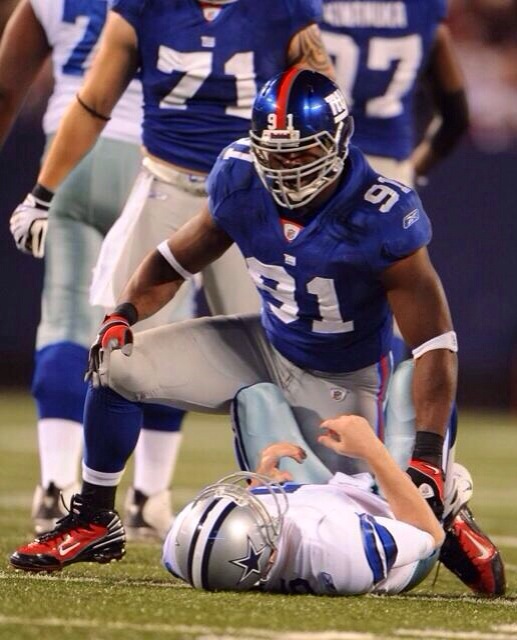 This is the Giants season

This is the Giants season right here Ladies and Gents. GMen win today and they’re one game behind the Eagles who they split the season with, they lose they’re 2 games out of first again with a 1-3 record in the division. As with the rest of this season, this is a must win game. Big Blue will have to win out in order to be a contender in this division. They have gone up against only back up and third string QB’s during their four game streak, so even though they’ve looked great, it’s pretty hard not to with those opponents.

The last time the Giants faced the Cowgirls it was an absolute debacle. Six turnovers, including three picks from Eli, and the defense was non-existent. Besides all that, the GMen were able to put up 31pts with 450 yards in the air and a breakout game from Randle. The Giants are looking to keep their streak going with most of the roster finally healthy, besides the obvious guys who are done for the season. Bold Prediction of the game, Andre doubles up his yards on the season today.

On the opposite side of the spectrum, the Cowboys are in a little bit of a free fall mode. They held sold possession of first place for most of the season while the rest of the NFC East flopped on the deck. Now, with a loss today, they’d be tied for second with just

their division record separating them from Big Blue. They have defensive players dropping like flies with injuries and they have two very injury prone players heading The Hollywood Mirror offense in Romo and Murray. Let’s hope the Big Blue Wrecking Crew keeps showing up with JPP and Tuck laying the smack down on Tony.

Win and the miracle ride continues, lose and we might as we start tanking for draft picks.
#DriveForFive #RideToTheMeadowlands

PS- I am still amazed that JPP predicted his Pick, just unnatural football talent right there.