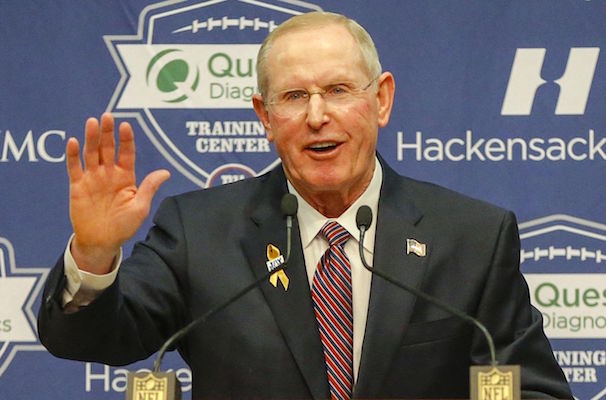 Tom Coughlin To Interview With The Eagles?

This may get very interesting, Tom Coughlin To Interview With The Eagles? Yes you read that correctly. It is now being reported in multiple media outlets including by Fox Sports Mike Garafolo.

Tom Coughlin’s coaching career isn’t over just yet, and the Giants believe there’s at least a chance it could continue in a familiar place.

Sources in the Giants organization told FOX Sports they expect Coughlin to speak to the Eagles in the coming days about their coaching vacancy. The sources said the Eagles are interested in Coughlin’s services, which jibes with a report from FOX 5 in New York on Friday night that stated the Eagles requested permission from the Giants to speak with Coughlin.

How strange could this be seeing Tom Coughlin coaching our rivals right after he “stepped down” from our head coaching position.