Now that the season is over the New York Giants will look to improve their product on the field, but it doesn’t stop there the NFL along with all their franchises will push to improve the in-game experience as well.
What this means for a ticket holder is increased interaction, inclusion, and accessibility. Long gone are the days where your cell phone signal would only have one bar.

Wireless reception for over 80,000 fans is no easy task, but the crew over at Verizon Wireless offered me the chance to test out their network and products at the Giants home game against the Detroit Lions. Didn’t have to twist my arm, offer accepted.

Armed with a brand new Moto Z Droid and full accessory pack, my goal was to push the limits of what the network and can do. 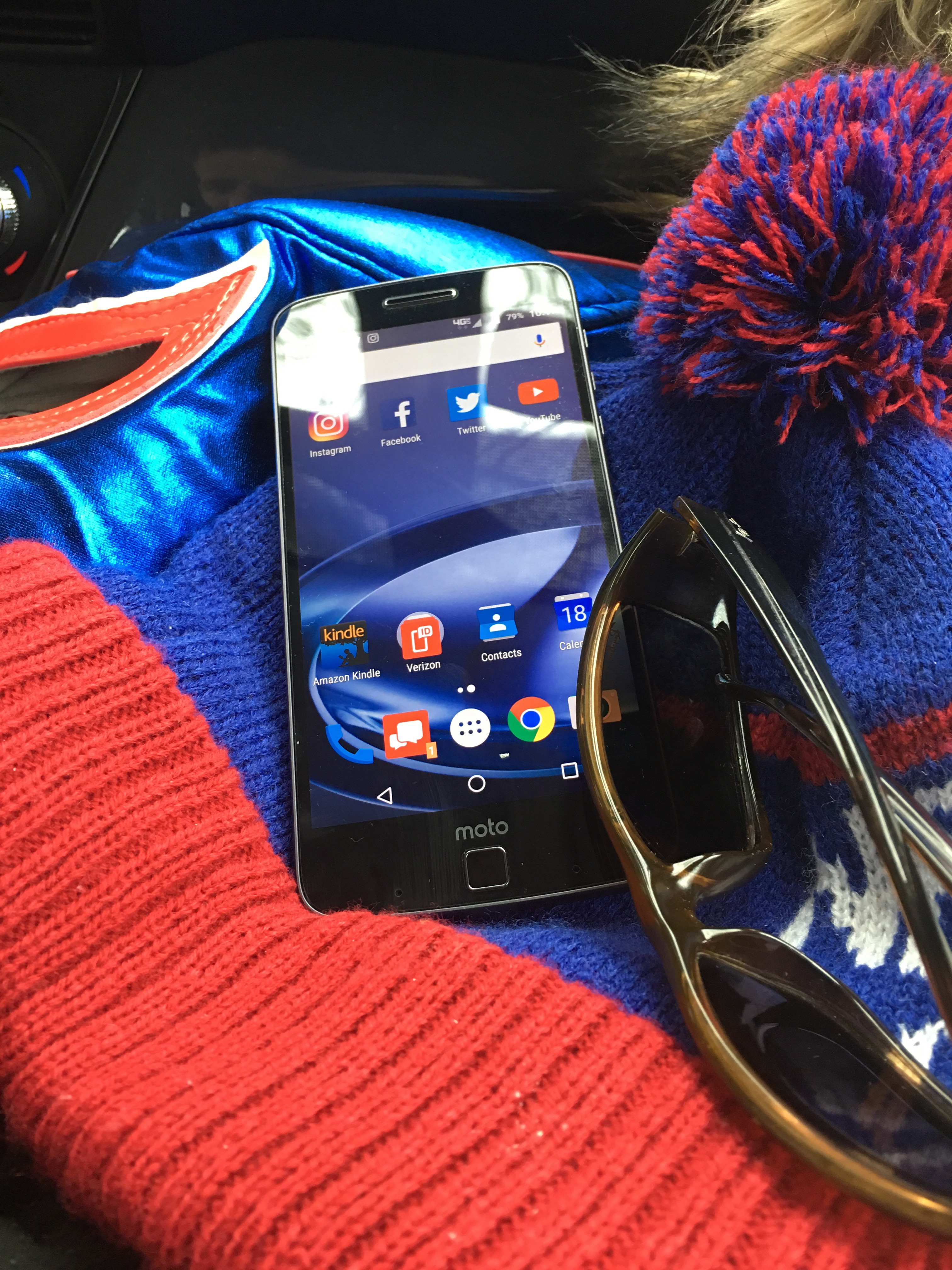 For those that know me, I’m a Mac guy and iPhone user, I haven’t had Verizion Wireless service for the iPhone was released, so needless to say this challenge is going to be a learning curve after being handed a Droid phone.

For the blog we run a weekly podcast, have special guests and take live callers as well. My recording setup is in the basement, we refer to the studio as the laundry room because it actually is the laundry room. I’ve never tried to do the podcast outside of my environment because at times I could be a control freak.

I’m imagining that you pieced it together, but the plan is to take a podcast on the road using only the Verizon wireless network. I won’t cheat with a Wi-Fi connection if available.
The folks at Verizon wireless assured me the connection would be superb as they were recently excelled in the latest round of Rootmetrics testing, being named best overall network performance. In addition the total investment in MetLife Stadium to date has been $22M to assure quality and performance.

I was anxious, and then I actually started setting everything up on the ride over to MetLife stadium. When I hit the go live button and realized we were streaming live all using only my Moto Z Droid device and a wireless network I must say I was more than amazed.

To think that radio stations pour millions of dollars into their equipment and technologies and I was hosting a show using my handheld device & a wireless signal.

Here’s the link to the live podcast if you would wish to listen and if you get the moment had to Verizon wireless store test at the Moto Z droid in the service and see if you like it. I did.