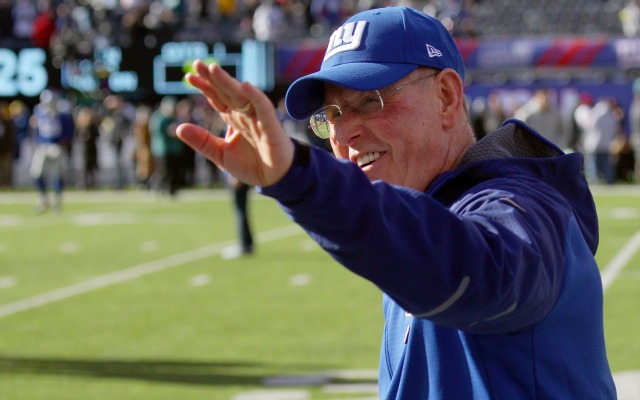 The New York Giants end their third consecutive season with a losing record. The first time they’ve done that since the late 1970’s.

The weird part of this season is that the Giants could very easily be sitting at 12-4,  or better. The lack of talent and leadership on this roster is what doomed them into a pathetic record and losing mentality.

Coach Tom Coughlin has put his team in a position to win all but two of this seasons game. Jerry Reese, the Giants general manager, put the Giants in a situation that made it difficult to win.

The Giants secondary entered the season without  starting safeties.  They drafted Landon Collins a safety in the second round but did little else to fix the Giants troubles on the back end. Cornerbacks Dominique Rodgers- Cromartie and Prince Amukamara are easily a top end cornerback duo but Amukamara’s inability to stay healthy has done nothing to help the Giants. Craig Dahl and Brandon Merriweather were brought aboard to add veteran presence to the safety unit but their diminished and part time skills were thrust into starting action. The two veterans are far cries from starting caliber players but they had no choice but to be full time players over the top of the Giants defense.

As for the linebackers the Giants finished the season with Jonathan Casillas, Jasper Brinkley, and Mark Herzlich as their starting linebackers. Casillas started a combined 6 games with two teams in 2014 and was brought to the G-Men to be a specail teams ace and 3rd down coverage backer. Herzlich was on the roster bubble to start the season, he is a very good run stopping linebacker but his pass coverage is some of the worst I have ever seen. Jasper Brinkley has had a great season for the Giants but he was only signed after Jon Beason and undrafted Uani Unga suffered injuries.

The defensive line has been the Giants biggest problem. Their inability to replace Justin Tuck, Osi Umenyiora, Mathias Kiwanuka, Chris Canty,  Linval Joseph, and even Dave Tollefson and Rocky Bernard have proven detrimental to Big Blue.

Jason Pierre-Paul showed a decent performance after returning from blowing off a couple of fingers but it was not enough.

The Giants added scrap heap players and used mid to late round picks to bolster a once prominent D-Line and it has showed. Since 2013 the Giants have acquired DE George Selvie, DT Shaun Rogers and DT Mike Patterson while drafting Odi Odighizuwa, Jay Bromley, Jonathan Hankins, and DaMontre Moore. None of these players have even sniffed replacing any of the 2-time Super Bowl Champion defensive line. All Coughlin can do is coach these players.

In 2013 the Giants started the season 0-6. Despite a dreadful start, the Giants won 7 of their last 10 games and only finished one game out of the division title. Coughlin’s job this season is one of his best ever. He coached an 0-6 football team to 7-9. It is something that goes wildly unnoticed in what hopes to be a forgotten season in Giants history.

In 2014 the Giants were again marred with injuries. They lead the league in players placed on injured reserve and games lost to starter for a second consecutive year. The lack of depth on the roster, due to poor drafting in 2010, 2011, 2012, and 2013 burried the Giants chances of being competitive.

Tom Coughlin is a coach who always gets his players to stand up and play. No matter how dire the situation. With backups across the board the 2014 Giants won 3 of their last 4 with nothing to play for.

In 2015 the Giants’ front offices refusal to add depth and talent to the defensive side of the ball is what ultimately led to their undoing. If they had any trace of a pass rush or linebacking core the Giants may have closed out maybe just 2 or 3 of the six games they lost in the final two minutes of regulation or overtime. But they didn’t close any of those games.

With a top 10 offense and a multiple super bowl winning coach the Giants need to tweak some play calling, add talent to the defense, and bring in a GM who can accrue talent to a roster just games away from another Super Bowl run.

Keep Tom Coughlin because in no way will he be replaced.