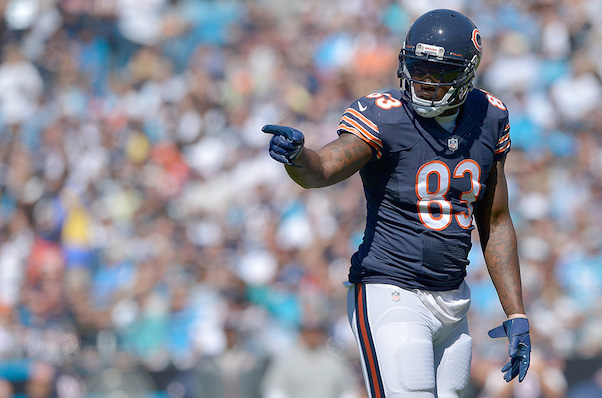 Don’t Hold Your Breath For A Martellus Bennett Trade.

It is believed that Matt Forte, Jay Cutler and Martellus Bennett are all available for the right deal.

Bennett believes he has outplayed his four-year, $20.4 million contract he signed in 2013.

Speculation and rumors started to swirl as the Giants were looking into various Tight Ends as they recently worked former Redskin Tight End Chris Cooley, although no deal was made. It’s seems the G-Men are looking into a cap friendly addition to their Tight End squad.

According to Jason Fitzgerald of Overthecap.com a team would need around $4 million in cap space for a Martellus Bennett Trade to work, this number drops $288,000 per week.

It is unlikely that the numbers will match up for a Martellus Bennett trade to happen considering that the Giants did not match the offer that Chicago originally offered him in 2013. It would be a nice to see the Black Unicorn unicorn back in blue, but as stated before very unlikely.