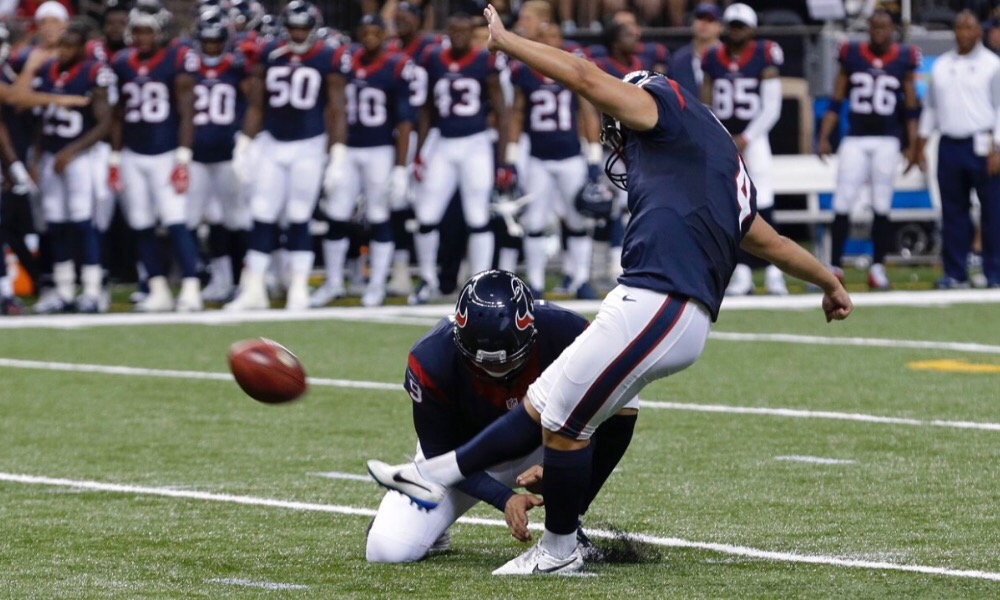 Yesterday, The Giants added kicker Randy Bullock after a workout that went presumably well. To clear room for the addition, kicker Tom Obarski was released according to Giants.com.

Unwilling to open the season with a kicker who has no NFL experience, the Giants today signed Randy Bullock and waived untested Tom Obarski.

Bullock, 26, is entering his fourth NFL season, having previously kicked for the Houston Texans and the Jets.

Unknown if the Giants will eventually part with Josh Brown, as fans are voicing opinions to release him after accounts of Domestic Violence were revealed.