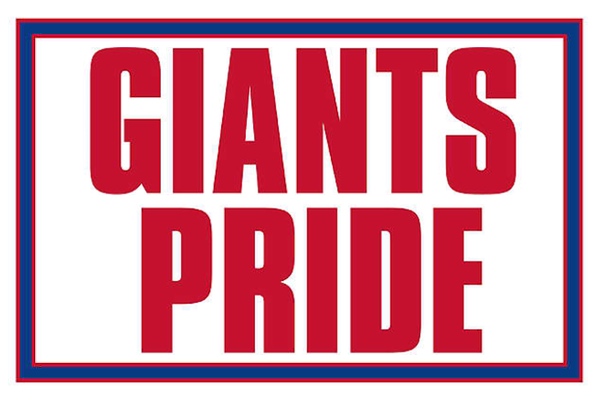 A pride is a group of lions who are willing to defend their territory from any intruders. These magestic and loyal animals will protect the other members of their group at any cost. Every member of the pride is equally important and they all work together as one unit. Lions in the wild have adapted these traits as a means of survival. Lions are also one of the most powerful and intellegent animals on the planet. Working as a “team” is imparititve to the prides survival. Like the lions, professional football players have also conformed many of the same traits as these mighty animals, but the New York Giants have adapted the word pride as part of their motto.

Giants pride is a phrase that many football fans have most likely heard, however only Giants fans truly know what the phrase means. This team has made this phrase part of who they are and what their team stands for. Not any one individual on that team is anymore important then any other member. Each of those men will protect the others to the best of their abilities. Also, the pride means to have feelings of self-respect and personal worth. In the case of the New York Giants every person on that team must have “pride” in themselves and their individual skills that they bring to the team, but at the same time they need to be part of the “pride” and work together as one unit.
As the Giants prepare to take the field every week not one practice will end nor will one game begin until every person on that team has tapped the sign on the wall to their right that reads Giants Pride. This simple action symbolizes that every member of that team is willing and ready to protect any other member to the best of their abilities, and every person is completely prepared to give it everything that they have. They win as a team and they lose as a team. They have and always will stand as a united front.

This is why I am such a dedicated Giants fan. When I hear the phrase Giants pride I know what it stands for. When I see the members of the team that I love tap that sign it brings tears to my eyes. The act itself is just so inspiring. At that point, win the game or lose the game, it doesn’t really matter. Of course you always want to see them be victorious, but it is the teamwork and respect that they have for each other that makes the New York Giants such an inspiration to watch. Giants Pride each and everyday!

Giants Pride was written by Guest blogger Mandy Moses Please leave feedback in the comment field below, I would love to know what you think.

As a dedicated Dallas Cowboys fan I obviously am not a big fan of the Giants. But its the rivalry of the NFC East that keeps me coming back to the TV every Sunday Monday or Thursday for some football. I think Mandy’s piece was very touching as her former neighbor we had a lot of laughs with every game between her team the Giants and her husbands team the Redskins the hallway that separated our apartments was never quiet on Sundays

Dan thank u for your kind words! It means alot to me. I thank u for the support from all of my wonderful family and friends. U guys mean the world to me. I do miss our battles during the season my friend! We had some good ones! Lol. I wish u all the best. And thank u so much again!:)