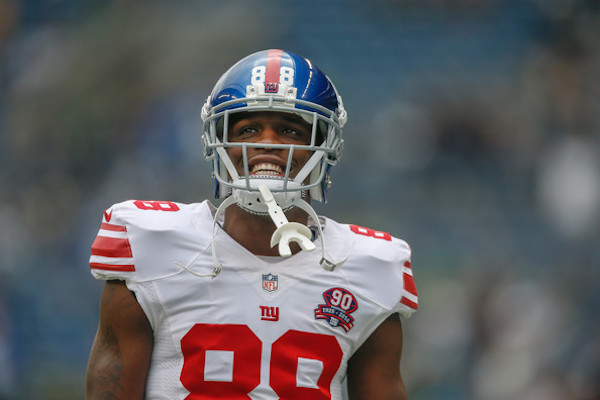 Ok Giants fans, if you’re like me your upset that we are going to spend another post season watching other teams compete for the Lombardi Trophy.  Let’s try to stay positive and focus on some of the things the Giants have going for them heading into next season.  I think the wide receiver position is by far our biggest strength heading into next season.  I believe Victor Cruz will make a comeback from the horrible Patellar Tendon rupture he suffered this season.  Then there is Odell Beckham Jr. who didn’t play any in the preseason, missed the first part of the regular season and has already put his name in the conversation of the league’s best wide receivers.   There is another wide receiver that has me particularly excited for the Giants future.

Corey Washington was by far the Giants best receiver in the preseason, with an outside shot at even making the roster he caught 10 passes for 155 yards and 4 touchdowns.   Plus he is a big guy, at 6’4 and 214 lb. he could give Eli the reliable red zone target which was a primary weakness for the Giants for much of 2014.  Washington spent his college days at Georgia Military Academy and Newberry College, both of which are not regulars on college game day.   He quietly caught 146 passes for 2,396 yards and 34 TD’s in college.  He also caught a TD pass in the only regular season game where he had significant playing time, November 3rd against the Colts where he had 4 rec for 48 yards.

I realize that I’m basing most of my excitement for C. Washington’s potential on the preseason, which raises the question, if he’s that good why isn’t he getting more playing time?  The Giants have lost their #1 WR for the season, in Victor Cruz.  Then they lost Jerel Jernigan their starting slot WR for the year, and still C. Washington had very little playing time.  Surely if I can see his potential then the guys who get paid to asses’ talent in NY know what they have in C. Washington, right?

Wel, there are two games left in the season.  We know what Reuben Randle can do, and Preston Parker has had more opportunity than C. Washington.  Although he has made some great special teams plays, I don’t really see how that’s justified.  The last time I was this excited about a WR’s ability was when I watched Victor Cruz put up 200 yards in a preseason game.  The Giants don’t have anything to lose now, they are out of the play-offs. It’s time to see what the future holds and play Corey Washington!

Play Corey Washington was written by Guest blogger Shane Momier. Please leave feedback in the comment field below, I would love to know what you think.