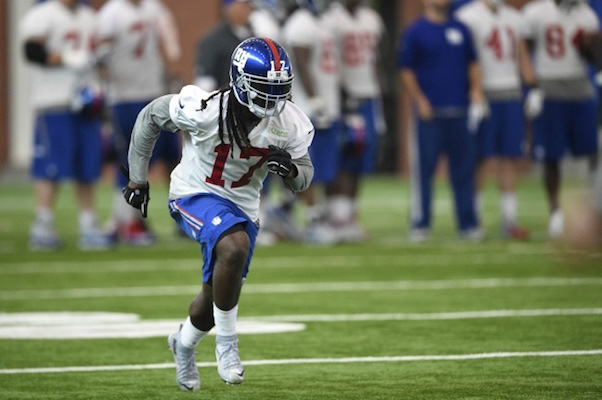 One of the glaring weaknesses of the 2014 New York Giants was their special teams, so this offseason General Manager Jerry Reese attempted to improve the team in this area. Reese added Cowboys returner Dwayne Harris on five-year deal for $17.5 million including $7.1 million guaranteed, and Patriots linebacker Jonathan Casillas on a three-year $10.5 million-contract.

You may ask yourself, why did the Giants sign two special teamers for such a large amount of money? If you watched the Giants special teams last season you would know the answer. It was frustrating to watch no-name kick returners break multiple tackles against the sheepish Giants tackling. That, and numerous fumbles in the Giants’ return game mad upgrading this unit an off-season priority.

Although Preston Parker wasn’t an awful option in the return game for the Giants last season, he struggled with fumbles. Also, putting star wide receiver Odell Beckham Jr. in the return game was a risky option because you don’t want to see your star getting hurt running back kicks. Harris was very good for the Cowboys and is widely considered one of the best at his position. Casillas, captained the Patriots special teams to a Super Bowl last season so hopefully his leadership and experience are solid traits which have been added to the team.