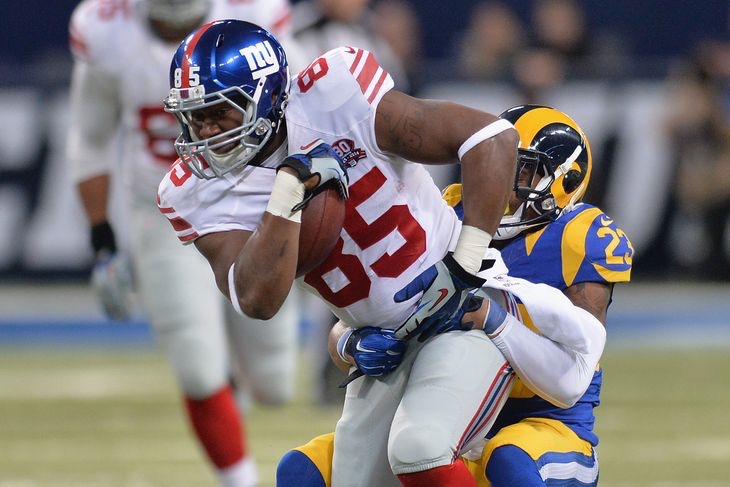 TE Daniel Fells: A player who flew under the radar for the Giants last season, Daniel Fells did not disappoint when called upon. The 32 year-old tight end who was re-signed to a one-year, $950K deal, had three touchdowns on the year which was good for third on the team. Fells was not expected to make the team out of camp last season, but turned into a solid red-zone target for the G-Men. If Larry Donnell struggles with drops out of the gate this season, expect Fells to have a decent role in the offense.

LB JT Thomas: When the Giants pried JT Thomas from the Jacksonville Jaguars this off-season, many fans were scratching their heads at giving a small name linebacker a three-year, $10 million deal (with $4.5M guaranteed). When Jaguars linebacker Paul Posluszny went down with an injury last season, Thomas stepped up and performed well in his place recording 84 tackles, five passes defended, two interceptions, and two forced fumbles. With an aging Jameel McClain and an oft-injured Jon Beason, Thomas will most likely be called upon frequently by the Giants. One of Thomas’s strengths is being able to cover the tight end which the G-Men struggled with mightily last year so look for Thomas to get a plethora of snaps in passing situations.

RB Rashad Jennings: Newly signed Shane Vereen is generating some buzz out of training camp thus far but many are forgetting about Rashad Jennings. Jennings, who signed a four-year, $14 million deal with the Giants last offseason, was a solid runner for the G-Men last year until injuries derailed his season. The highlight of his season was a 176-yard rushing yard performance against the Houston Texans in Week 3, Jennings rushed for a total of 639 yards in 11 games with 4 rushing touchdowns. If healthy, Jennings and Vereen have the potential to be one of the best one-two punches in the NFL this season.