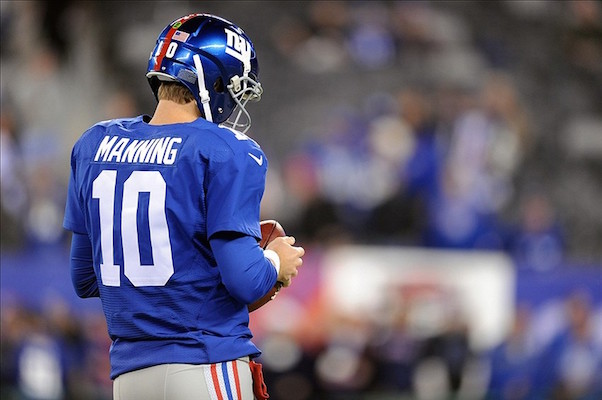 Maybe I’m missing something but the Indianapolis Colts are 5-3. I’m not gonna lie Andrew Luck looks great, he’s everything you could hope for when you have the number one pick in the the draft and need a quarterback. His numbers are a crazy also, as he slinging the ball around with the elites. But I’ll say it again, The Indianapolis colts are 5-3 they are not 8-0. Have NY Giants fans lost Faith?

The Colts haven’t had an amazingly hard schedule. They have four wins alone from mediocre to poor teams (Jaguars, Titans, Bengals & Texans) and they did look impressive against the Ravens The losses came from Denver, Philadelphia, and The Pittsburgh Steelers. I don’t know why do fellow Giants fans have this marked down as a loss?

Vegas has The New York Giants as 3 1/2 point underdogs verse the Indianapolis Colts, sports betting is getting almost as popular as the dreamjackpot.com . The Giants are playing at home, Vegas betting circles usually will award the home team three points just for being the home team. Sounds like disrespect is brewing here.

Here’s a little nugget before going into the game Tom Coughlin is a beast after the bye week. If you give Coach Coughlin an extra week to prepare, he’s probably gonna beat you. Coughlin in 7-3 after the bye week including 6 straight in tenior as Giants head coach.

Keep the faith Giants fans. Don’t let the haters on Twitter sway you. Don’t let fantasy football numbers and Vegas betting odds change your mind. Let people hate and count us out that is when we are at our best (see 2 prior Super Bowl wins).
More Statistics: https://www.freebetdeals.com.au/

Tell me I am wrong. Tell me you still have faith in this team. I see the pieces and I know we have some talented players  in some crucial positions. Lets get this win and take a deep breath.

8 Takeaways From The Giants Loss To The Colts