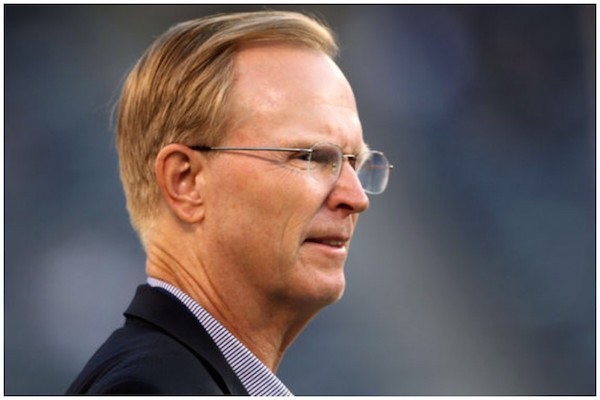 Many of us were dissatisfied with the original two-game suspension of Ray Rice. The Commissioner took responsibility for that in his August 28th memo to the owners when he stated, ‘I didn’t get it right. Simply put, we have to do better. And we will.’ He then took appropriate steps to address this matter. Our policy now on domestic violence has been strengthened, We have all learned a valuable lesson from this episode. We now have a strong partnership with anti-domestic violence groups, and we will be a better League for it going forward.

My understanding is that the League and the Ravens made repeated requests to obtain the video of the Ray Rice incident and were denied each time. The notion that the League should have gone around law enforcement to obtain the video is, in my opinion, misguided, as is the notion that the Commissioner‘s job is now in jeopardy. The video is appalling, and I believe that the team and the League took appropriate action after they finally had the opportunity to view it.

There is no place for domestic violence in our sport or in our society, and we are committed to doing our part to prevent such heinous acts going forward.

Looks like there is a storm brewing. Just when you thought that things would simmer down, the focus shifts to the NFL’s handling of the situation. As always another well crafted letter / press release from the Giants brass. Just another reason why we all Bleed Big Blue.

Now lets focus on the Arizona Cardinals game this Sunday.

Drive For Five Comes Down To Four Key Giants

Carl Banks has an Autograph Signing coming up in February 😃 https://t.co/vliXvgjCRI

Reply Retweet Favorite
Did Dodds get on this list, I don’t know much about him but he seems like a potential candidate with some buzz arou… https://t.co/h1udROKB3H

Reply Retweet Favorite
People worried about the cap, need to relax, there are deals that will be worked out. https://t.co/twIXETqVf4