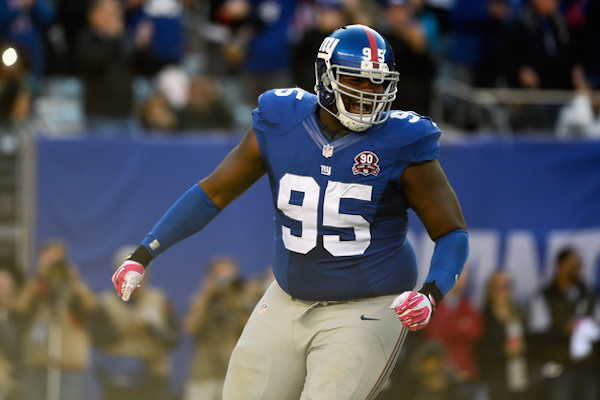 Johnathan Hankins On The Verge Of Stardom

One bright spot for the New York Giants last season was the emergence of defensive tackle Jonathan Hankins.

Hankins, who was a second-round pick by the Giants in the 2013 NFL Draft, finished the 2014 campaign with 51 tackles, seven sacks, and a forced fumble. Hankins had big shoes to fill after the team lost Linval Joseph to the Vikings in free agency and Hankins certainly did not disappoint.

His run-stuffing ability showed why the Giants took him in the second round of the draft. Starting all 16 games last season, Hankins is arguably the most underrated defensive tackle in the league due to his tremendous play against the run and the way he rushes the passer.

With Cullen Jenkins getting older and becoming less productive, the Giants will need a big step up from Hankins. Hankins has the ability to become an elite defensive tackle in the league and with two years left on his contract, the Giants would be wise to lock him up long-term after the season ends.