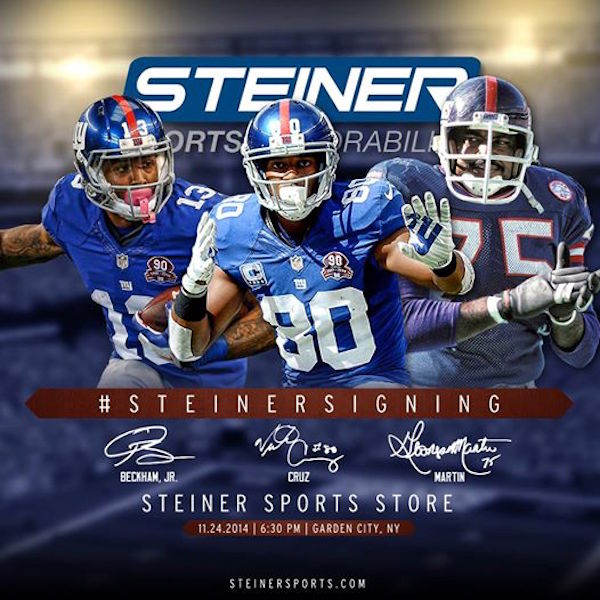 Martin was an iron man on the Giants defensive corps during a 14-year
career, missing just 16 games. He was a member of the 1986 Giants squad
that won a franchise record 14 games. He was one of the team captains for
the Super Bowl XXI champions. Likewise a Giants captain and world
champion, Cruz was a key member of the Giants Super Bowl XLVI team.
Beckham Jr., the Giants 2014 first round draft pick, made a 15-yard
leaping catch from Eli Manning for a touchdown in his NFL debut, since football is really popular and millions of people in the US watch the games, and there are even people which go to sites as 12bet online to do some gambling as well, and make some money off the games.

For tickets and more information on the signing call the Steiner Store at
516-739-0580 or visit www.steinersports.com/upcoming-signings