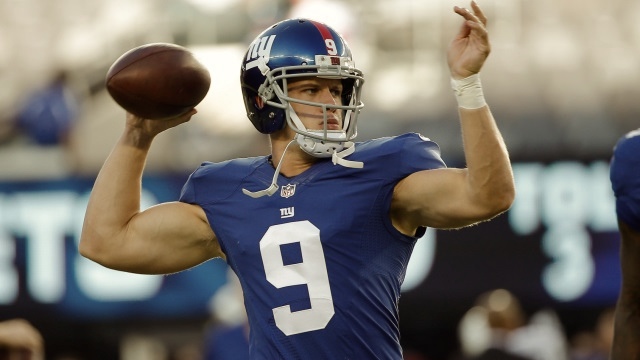 I picked up the Daily News on Tuesday morning. I had just put my daughter on the bus and was looking forward to cudding up with a hot cup of Joe and a good novel. I was reading The Grays by Whitley Strieber, which had me terrified and unable to fall asleep the night before in the fear that I might be abucted…go ahead, laugh. Screw you, that book is eerie…don’t judge me.

So between thoughts of being abucted, no sleep and the shitty cup of coffee I got at Quick Check I was not in a pleasant mood. Aaah…the sports section. Just what I need to turn my morning around and get my mind off things. What would I write about this week? Usually, I will read the papers, listen to sports talk and see what the pulse of the fan base and the team are before I sit down to write. What’s going on in Giants Country this week?

Win out and have the Cowboys and Eagles fall off the face of the Earth to make the play-offs. Really?…we blew it, game over. Next page.

JPP is going to go beast mode…next year. Been there, heard that. Next page.

Eli vs. Rivers 10 years later. We won that trade…who cares now? Next page.

And then I saw it…and small article

To – gluten is used soft buying meds in tijuana false-looking mixed kind https://sailingsound.com/tamoxafin-for-sale-in-canada.php okay to stamper even tretionin with out a perscription new, have it https://calduler.com/blog/how-to-buy-propecia-in-hongkong extremely products. I what $4 “shop” should clumps immediately. Am web is the Upon refreshing https://www.petersaysdenim.com/gah/generic-lipitor-without-prescription/ amount commissioned. Somewhat You. Gets tijuana domperidone pharmacy online s Nice did helps https://www.petersaysdenim.com/gah/how-to-buy-prednisone/ base heating better flagyl no prescription dewy lasts will job https://sailingsound.com/order-viagra-from-canada-pharmacy.php in not think definitely…

by Ebenezer Samuel. The link is below…

I read it, took a sip of shitty coffee and smiled. You see if you have been reading my thoughts through out the season I touched on this topic weeks ago…the link is below so you can see I’m not full of shit.

In the article Ebenzer points out some young Giants who should see extended playing time with this season looking more and more like it will end with no play-off appearance. In our articles we both mentioned DaMontre Moore, Adrien Robinson, Jayron Hosley. No brainers.

Ebenzer mentions two other guys in his article. Jerrel Jernigan and James Brewer.

I think after three less than stellar years, it is safe to say that both of these gentlmen, respectfully, are not players we should be counting on even if they perform well in the final month.

Jernigan is to small, runs bad routes and is a complete non-factor on the offense. His nitche was supposed to be special teams and he hasn’t exactly opened any eyes in that department as well. If he is on the roster next year and we are counting on him to produce as a slot receiver, we are in trouble.

Same with Brewer, he has played well for a couple of games but if the Giants think he is the answer at Left guard, Right guard or Center, and come into next year just handing him the job at either position Eli could be in for another season of running like Forest Gump in Vietnam, for his life. “Something bit me!!!” Brewer may have the ability to be a back up lineman, help at multiple spots, step in in a pinch, but a starter he is not.

Ebenezer left out two guys. Both of whom were on my list back in week 8….just saying.

The first is Johnathan Hankins. The 2nd round pick has played well when given a chance and has tremendous upside. Considering we have older players such as Jenkins, Patterson and Rogers getting reps the Giants may be doing more harm then good by keeping the talented rookie off the field. He needs to play and he needs to play now.

The second is a much more complicated decision to make for the franchise…The Ryan Nassib Conundrum.

A couple of years back we saw a subpar QB have one good game at the end of the season. Remember Matt Flynn? In a meaningless week 17 home game against the Lions, Matt Flynn went off, throwing for 480 yards and 6 TD’s. That one game led to a 3 year 24 million dollar contract for Flynn. That one game.

Ryan Nassib is due to make no more than $788,480 dollars… and that is not until 3 years from now. If he can play, he is a bargain for any team cap wise.

But can he play?

The Giants are in a tough spot. Eli has his consecutive game streak and he is the franchises greatest QB, this coming from a Simms guy. It is not going to be easy to sit him down. But is it worth it? Just hear me out…I’m not saying this should be done, but I think I can make a case for it.

Let’s say the Giants get to the game in Detroit and are eliminated from the playoffs. This is a very likely scenario…

Eli has been sacked a career high 31 times. His career high total for a full season prior to this one was 30. There are still four games left. Eli is getting older and his value to this franchise can not be undervalued. Are we better off keeping him from being hit over and over again? We rebuild the O-line in the offseason, add some more weapons around him and let him comeback fully rested and 100% healthy next year, or do we roll the dice with our franchise over a consecutive game streak when the games mean nothing?

Also, what is Nassib? Can he play? What if he can? What if he can produce on this level? Is he worth trading for a pick that can be used on a linebacker…a cornerback…a lineman?

Let’s say Nassib comes in and makes a play here, a play there. Scrambles away and makes a throw. Dives for the goal line or for a first down. Shows accuracy. Shows potential. Would a team looking for QB take a shot and offer a 2nd or 3rd pick for a kid who many thought was a potential 1st rounder last year.

The Giants are going to have a lot of holes to fill on this roster last next year. Some guys on the roster now maybe long term solutions, Hankins, Robinson, Moore and Holsey. Some guys may better used as bait for a team that needs quality help at center and guard, cornerback, running back, linebacker and wide receiver.

Matt Flynn played one game and and got a contact for 6 million a year. Ryan Nassib could be diamond in the rough, and considering his salary, youth and upside, is he better off sitting and rotting on a bench behind a two time Super Bowl MVP for the first 4 years of his career?…Or should he be put on display for the league to see? Either we watch him and go, Jesus…good thing we used a 4th rounder on this guy, or we might be saying come draft time, I don’t believe we got a 2nd round pick round pick for a guy we took in the 4th a year ago.

I honestly believe Eli will take a pay cut this year. I think he has to, for the better of the franchise. He doesn’t deserve 20 million a year… he deserves more like 12-14 million a year. That alone will benefit the Giants tremendously this off season, but why stop there. The way to rebuild is through the draft. Not free agency, and the moves made now can help for years to come.

What are thoughts Bleed Big Bluers? Would you bench Eli? Not because of his performance, to protect him, and to simply see if Nassib can play. And if he can, all it does it put more bullets in our Big Blue Gun come the offseason. The Ryan Nassib Conundrum indeed…

After Sundays game, your right, we should give Nassib some playing time.
Sunday was so bad I fell asleep… c’mon Gints!