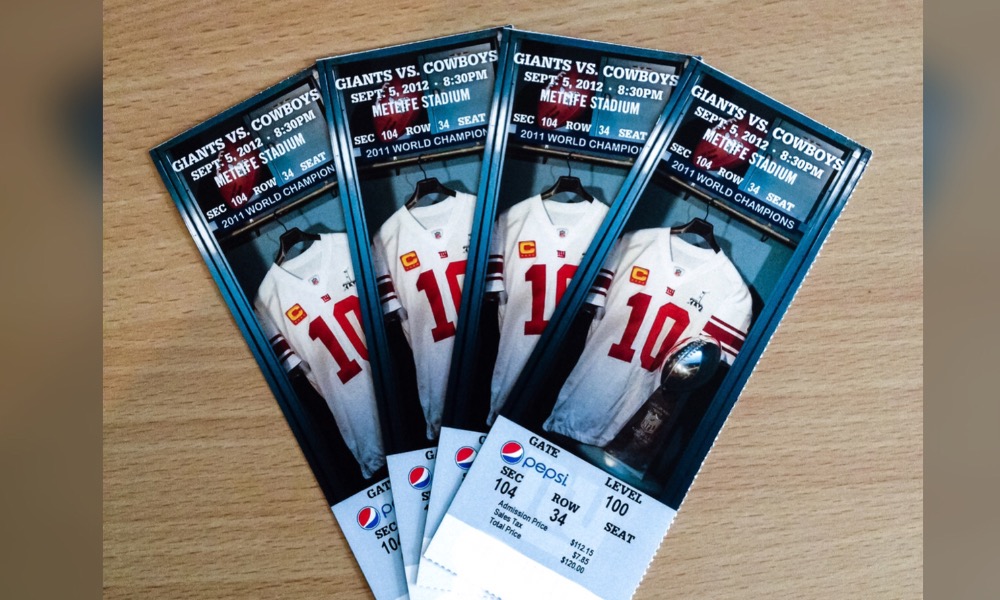 The New York Giants sent out their 2016-2017 season ticket invoices yesterday. The good news is that the prices will remain the same. This would be the second year with current prices after the adjustment to ticket prices last year.

We are looking forward to the 2016 season, the first for head coach Ben McAdoo. He has assembled a quality coaching staff, and our players are eager to get to work when the offseason program commences on April 11.
As always, the entire New York Giants organization thanks you for your loyal and passionate support.
Our 2016 regular season home schedule features our NFC East rivals Dallas, Philadelphia and Washington, as well as Chicago, Detroit, New Orleans, Baltimore and Cincinnati. The dates and times of our preseason and regular season games will be announced mid- to late-April.
Your 2016 season ticket invoice is now available online. As you have elected to NOT receive a paper invoice, this will be your only notice.
You will notice that the pricing for your 2016 season tickets remains the same as last season. We continue to believe our season ticket pricing offers you the greatest value for your overall season ticket package.
Parking will remain at $30 per game and can only be purchased on a season basis.