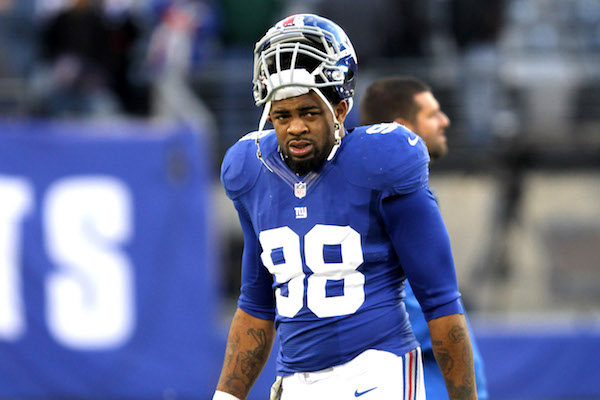 Damontre Moore has been waived by the Giants earlier this afternoon. No official word for the Giants yet, but it is being reported as “violating team rules”.

Moore, 23, was drafted in the third-round in 2013. He has fallen out of favor with the team and was benched on several occasions due to personal fouls and excessive hits on quarterbacks. To date he has 3 sacks. Details are still in the works.