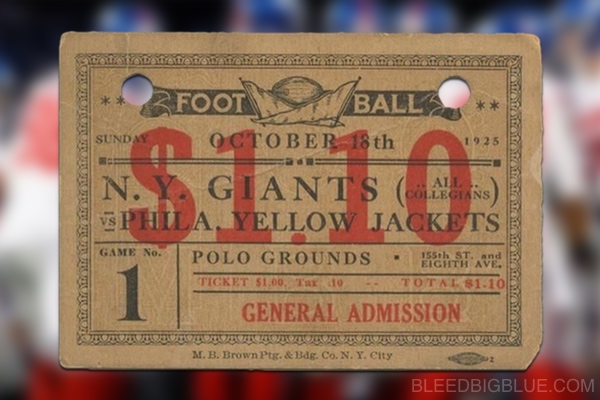 This past Friday the 2015 New York Giants Playoff Invoice was sent out to Giants season ticket holders. Amazingly the Giants are still in the hunt for a playoff spot. The easist road to the playoffs is winning the NFC East.

Thank you for your continued support of the New York Football Giants.  Your 2015 NFC Playoff Ticket Invoice is now available online

Since the National Football Conference (NFC) playoff alignment may remain unclear for several more weeks, the following playoff information is being sent to all season ticket holders.  If the Giants gain home field advantage for the first round of the playoffs, we could host a Wild Card playoff game on January 9th or 10th.  If we host the NFC Championship game, it would be played on Sunday, January 24th.

Here’s how to exercise your ticket option – please note the deadline of December 22, 2015:

The Giants have 4 games remaining versus Miami, Carolina, Minnesota  & Philadelphia. Hopefully we can get a run going, and some key losses for a playoff birth.